Home / WORLD / ‘You are not a one-person show’, says Pelosi in continuing feud with AOC’s ‘Squad’ in upcoming book – reports

‘You are not a one-person show’, says Pelosi in continuing feud with AOC’s ‘Squad’ in upcoming book – reports 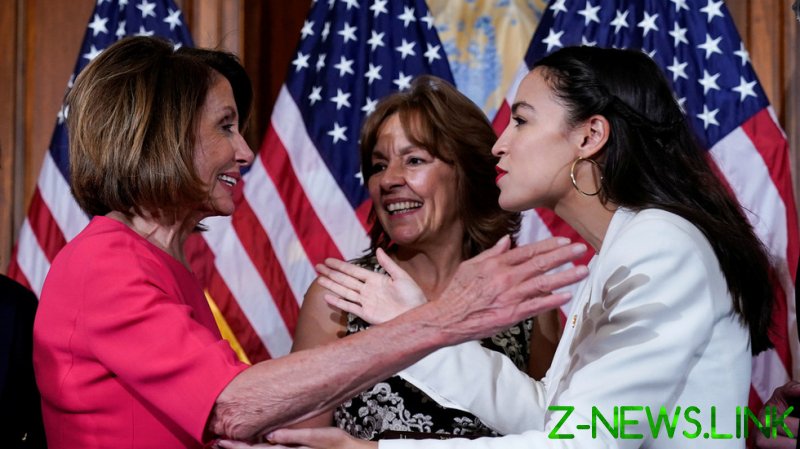 In a series of 10 interviews conducted for the biography ‘Madame Speaker: Nancy Pelosi and the Lessons of Power,’ out later this month, Pelosi reportedly targeted numerous political opponents, including Ocasio Cortez and the controversial ‘Squad’ of younger, more left-leaning Democrats including Reps. Ilhan Omar (D-Michigan), Ayanna Pressley (D-Massachusetts), and Rashia Tlaib (D-Michigan).

“You’re not a one-person show,” Pelosi apparently said of the progressive firebrands, each of whom have quickly made a name for themselves, often angering not only Republicans, but more-seasoned Democrats.

“This is the Congress of the United States,” the House Speaker added, according to an Axios report.

The ‘Squad’ and Pelosi have taken shots at each other publicly numerous times before. The House Speaker reached a point in 2019 where she told the press she would “no longer be speaking about it any further” after being asked numerous questions about the rifts the disagreements were creating in the party.

AOC accused Pelosi at one point too of focusing her criticism on lawmakers of color, as all ‘Squad’ members are.

USA Today reporter Susan Page wrote that in the second of her 10 interviews with Pelosi for the book, the California Democrat’s “anger at the four new progressive congresswomen was palpable.”

Pelosi’s comments threatened to reignite the feud on Monday, with some critics on social media reveling in the infighting and others blasting Pelosi as the “old guard” of the Democrat Party.

Pelosi reportedly targets more predictable figures at other points in the book, like Sen. Mitch McConnell (R-Kentucky), a lawmaker she claims is “not a force of good for the country.”