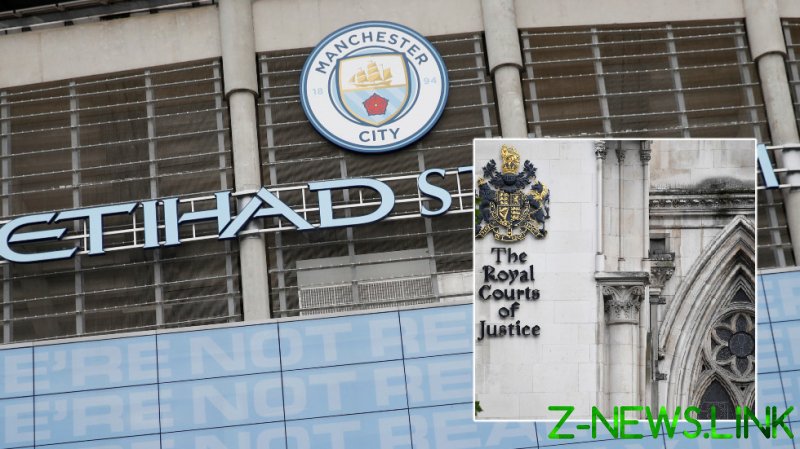 In a lengthy Twitter thread, Sportingintel’s Nick Harris explained how it had become common knowledge to the press earlier in 2021 that the English champions and the Premier League were still embroiled in a now two-year legal battle.

A series of gagging orders had prevented news of this being published, but the Mail on Sunday was recently able to obtain a ruling for one of its reporters to attend a court hearing related to the matter on June 30.

On Tuesday, three of Britain’s most senior judges ruled that the Blues’ secret legal battle can be made public, which has led to subsequent reports from other outlets.

“As you are aware. Etihad’s commitment is for £4 million [$5.5 million] and the remaining balance (£8 million) [$11 million] is handled separately by the [UAE] Executive Affairs Authority [EEA].

“Please can you clarify this to your accounts department and pick it up direct with the EAA in due course? Kind regards.”

The Mail claim to have had access to paperwork that shows City invoiced Etihad Airways for a sum of £12 million ($16.5 million) in their 2010/11 sponsorship deal.

However, the document is alleged to include a hand-written note explaining how the airline was only due to shell out three times less than that total amount.

The EAA, who are reported to have covered the difference between the two amounts, “provide strategic policy” for His Highness Sheik Mohamed bin Zayed Al Nahyan, who is Abu Dhabi’s crown prince.

The report has suggested that City inflated their income to get around FFP rules.

Specifically, the Mail said that City earned £1.7 billion ($2.3 billion) in commercial income in the 2010s.

Across the same period, other Big Six rivals such as Liverpool, Chelsea and Arsenal achieved an average of around £1.1 billion ($1.5 billion) each, meaning the English top flight champions appeared to earn £600 million ($824 million) more from their commercial deals than those outfits of similar dimensions.

One marked difference is that City are hugely reliant on sponsors from just one country – the UAE.

While there would be no problem with this usually, City will encounter heavy penalties and potential suspensions if it can be proven that these sums come from parties that are ultimately funded by City owner Sheikh Mansour bin Zayed al Nahyan, and not those claimed on officials documents.

Elsewhere, the Portuguese whistleblower who set the ball rolling in 2018 with his Football Leaks expose has offered to help in further investigations.

Rui Pinto, who submitted his hacker findings to German newspaper Der Spiegel, had his lawyers tell the Mail he “remains committed to collaborate with national and international authorities in order to help uncover wrongdoing in football and contribute to football’s transparency”.

At the hearing over the publication at London’s Royal Courts of Justice, Lord Pannick QC, speaking as one of City’s representatives, is said to have been told by Sir Geoffrey Vos: “You are bemoaning reality. This is a matter of the greatest public interest.”

Pannick reportedly said of City’s challenges to the Premier League’s attempt to secure documents and information: “What the court is saying is that the price [of bringing the challenges] might be publication.”

His remarks were reportedly made as part of a purported argument by City that keeping the details under wraps will make it easier to reach a resolution, avoid further arbitration and avoid disputes with other clubs.