Home / WORLD / Yes, the Taliban’s extreme, but I secretly welcome this defeat of the US ideology of globalism, liberalism and consumerism

Yes, the Taliban’s extreme, but I secretly welcome this defeat of the US ideology of globalism, liberalism and consumerism 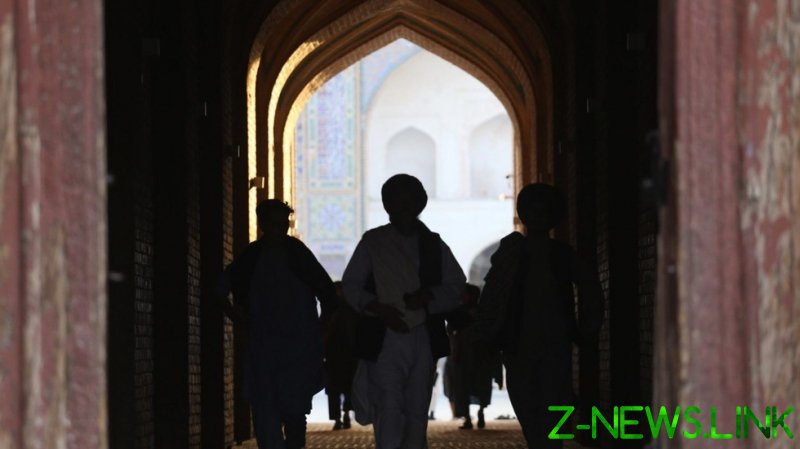 As I write, blue- and pink-haired Silicon Valley tech workers are desperately scrambling to determine what is acceptable for us to say on social media about Afghanistan.

“What can we permit them to think?” they are wondering. Perhaps they are waiting for their overlords to tell them what is going to be permissible or not.

I would guess that their eventual course of action will be to ban and disfavour algorithmically (for our own good, of course) any positive remarks towards the Taliban, as well as any criticism of the flood of Afghan refugees into Western countries. Indeed, accepting refugees will be the priority for liberal media, citing among other reasons the Taliban’s oppression of women, despite the evidence from photographs showing that thevast majority of those fleeing the country in a hurry are male.

While the US operates a hegemonic empire, it is not hegemonically of one opinion. A large section of Americans are not supportive of foreign invasions and occupations to begin with, and many now view their politicians with great mistrust and bemusement.

They rightly view the speeches and actions of these politicians as occurring within a closed bubble of increasingly insane terminology, such as the State Department’s demand that the Taliban form an “inclusive and representational government.”

Around the world, the reaction to the US withdrawal is similarly unsympathetic (as it was to the initial invasion), and both Russia and China have stepped in to offer tentative ties to the newly liberated nation of Afghanistan.

However, how can a Westerner like me feel sympathy for the Taliban? Believe it or not, there are many who view the recent dramatic turn of events with an observer’s dark joy. Those who are tired of seeing their own culture and religion eroded from within, and who feel a kind of secret relief at seeing someone successfully resist globalism, feminism, LGBTQ+ and critical race theory (CRT) ideology. They can see that their society has been turned into something dark by a manufactured value-system, promulgated by political elites and the money-power behind them.

When you are robbed of national pride, have no faith in your leaders, have no control over citywide riots or crime epidemics, and when the cornerstone of civilization itself (the family) is degraded by your own government, then you cannot so easily root for the home team in foreign engagements.

Even those who do ‘root’ for continued American forever-wars do not do so with the US itself in mind, so much as the expansion of vague globalist values. They show allegiance to an abstract concept of democracy which they feel they themselves represent, so much so that the democratic choices of nations they dominate do not count unless first approved by them. They speak in buzzwords like ‘inclusivity’ and ‘intersectionality’ and believe they are forever on the side of good. They have no apparent grasp or care for causality, let alone reality.

For those who have lost faith in this approach and in the Western elites, and who have no power to change things, there are no options that remain apart from taking joy at their misguided failures.

Who, in truth, can support a system that creates foreign wars without end or purpose (apart from destabilization), on the supposed behalf of other foreign nations but really in the interests of global finance or in the runaway scheming of a neocon military-industrial complex. A system that seeks only get-rich schemes for its own elites, or the market manipulations of Wall Street, or the destabilizing economy-gambling of men like George Soros.

America’s losses are mounting both home and abroad, and, as its grip on international hegemony falters, no effort is being made to heal bitter bipartisan domestic wounds.

The world tires of endlessly multiplying victimhood flags (rainbow and Black Lives Matter) that hang outside US embassies, as a warning to disbelievers. Yet the American elite seems only faintly aware of the loss of trust they have suffered in the wake of this incessantly delusional decision-making, which, in Afghanistan alone, has resulted in over 100,000 deaths. And to what end?

Already, there are policy pronouncements in Kabul that sound more adroit and well-considered than anything under the US occupation. A Taliban spokesman has declared that the country would“no longer be a hub for poppy cultivation and the drug business.”

Ironically, America itself, suffering from a domestic opioid crisis it would rather ignore than tackle, might benefit the most from this. Western mainstream journalists, who convey only the narrative of the political elite, have zero self-awareness when bringing up concerns over ‘freedom of speech’ to the Taliban spokesman, who very easily replied that the question should be asked of US companies like Facebook.

The Taliban may be extreme, indeed it has promised strict action against bankers and financial workers, gay activists, feminists and journalists, but it represents the polar opposite to the Orwellian neoliberalism which rules ‘permissible’ Western thought.

This tyrannical Big Brother works in the opposite direction, on the behalf of radical feminists, the transgender lobby and elite bankers, and with its own extreme zeal. American liberals cannot even conceive that their rainbow-flag, junk-consumerist ideology comes, as much as any other, at the point of a gun. Nor can they conceive that anyone would reject their wokeness and the culture that goes with it (you mean you aren’t hypnotized by Lizzo, ‘Cuties’ and ‘Love Island’?)

The Afghans have chosen: they have rejected Western liberalism and American consumerism. They wish to live by Sharia law. And given the choice, who can blame them?