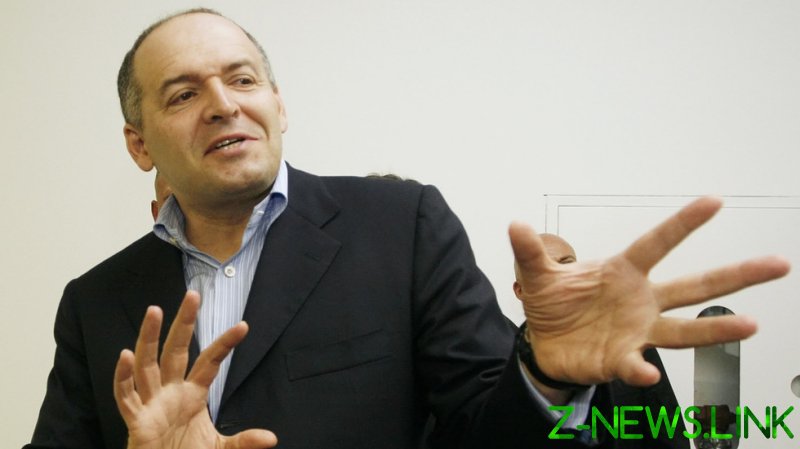 Witness, for example, this year’s meeting of the Yalta European Strategies group (or YES, get it?). The forum was established as an annual event by Victor Pinchuk, one of Ukraine’s most well-connected and richest men.

Since then, YES has been perhaps the single most efficient image-laundering project ever undertaken by a classical post-Soviet oligarch anywhere, as Ukrainian journalist Sergii Leshchenko pointed out as early as 2013 in the publication Open Democracy, where he also coined the term YES-Men for its often illustrious attendees.

The format has proven resilient, taking in its stride changes of regime and geopolitical orientation – exactly like Pinchuk and Ukraine’s oligarchy as a whole. The tycoon’s wealth and power originally emerged from post-Soviet privatization deals in their full inside-dealing glory and a marriage to the daughter of former, extremely scandal-ridden president Leonid Kuchma, in his day suspected of the murder of an investigative journalist, among other charges.

Pinchuk made his fortune by acquiring a big share in Krivorizhstal Steel, a 2004 privatization approved by daddy-in-law Kuchma. The deal, worth $800 million, was criticized by opponents as being evidence of corruption and enrichment from state assets. Just one year later, the company was sold for $4.8 billion to India’s Mittal Steel – a sixfold markup.

YES, together with other initiatives that combine some kind of public service with a lot of personal PR benefit, has helped Pinchuk reinvent himself as a good and very wealthy citizen who can splurge by having the likes of Dutch billionaire “nemesis” Rutger Bregman to address issues of the coming apocalypse – or not, as the case may be. He also helps out in the “Young Leaders” section, following in the footsteps of space-billionaire Richard Branson, Iraq-counter-insurgency boss David Petraeus, and Iraq War architect Tony Blair.

CNN’s all-purpose intellectual Fareed Zakaria and the Hoover Institution’s Niall Ferguson, tying in an “Oxford-style debate,” concluded the meeting. Ukraine’s elite, including President Volodymyr Zelensky and Foreign Minister Dmytro Kuleba of course took part as well, as is traditional – in 2013, the now-disgraced president Viktor Yanukovych paid his respects, too.

So far, so predictable. Think of YES as one rich man’s lanyard ranch or a pocket-sized Davos and you’ll get the idea. Some billionaires blast into space, others into the global talking-head stratosphere.

Many contributions are also deeply unsurprising. At this year’s YES, held between September 9 and 11 under the title “Post-COVID = Pre-Disaster? Steps to Survival,” veteran Russia-basher Masha Gessen and historian Tim Snyder waxed lyrical on the evils of Putinism in solid, well-worn performances. Tony Blair, a plausible suspect in helping commit the crime of a war of aggression against the majority-Muslim country of Iraq, also had things to say about the aftermath of 9/11.

John Bolton, another man who never saw an invasion he didn’t like, also shared a few insights in a meeting at which he sifted through the aftermath of that thing that happened in Afghanistan. It also, fittingly, featured veteran maitre penseur of doing good by bombing, Bernard-Henri Levi. Niall Ferguson wanted us to believe we are in a second Cold War, with China this time. More originally, and bizarrely, that it’s perhaps only by waging this Cold War – ‘from a position of strength,’ of course – that we “can save a warming planet.” How convenient – a neocon and imperialist-liberal solution to the capitalist planetary crisis has emerged: more confrontation with the commies…

Yet, to be fair, not everything was either a tad droll, satisfyingly familiar, or morally obscene. There were interesting moments. They, as so often, occurred because the spectacle did not always run smoothly, and they had to do with Ukraine’s current situation – no, not with respect to Russia but, really, to itself and the West.

Estonian President Kersti Kaljulaid wrapped her message in much dreamy techno-utopia rhetoric. But she broke protocol mildly by wisely counseling “strategic patience” on Crimea and harshly by, not for the first time, being honest about the fact that Ukraine’s reforms have hardly happened yet and a very long way to go still. In particular, she was explicit that Ukraine is far from meeting EU admission criteria.

This dose of reality clearly irritated Ukrainian Foreign Minister Dmitry Kuleba, who made it clear that he expects statements that are good for Ukraine (the way he sees it), not frank about it. He also used his own session to argue that current EU members are, in essence, dishonest. For Kuleba, complaints about Ukraine’s reform failures are merely a pretext to hide their principal unwillingness to admit it.

The irony is, of course, that he may well have a point. Yet he is dead wrong in his attempt to downplay the problem of corruption. Because, whether invoked in bad faith by Westerners or not, it is a real and massive problem for Ukraine. Pouting about the EU not being Santa Claus won’t make it any smaller. But an EU admission would make it bigger.

In general, behind all the staged glitter, there was a darker, crustier side to this year’s forum. As Strana.ua, the website that President Zelensky tried but failed to totally suppress, summed it up. Ukraine’s representatives came, as usual, with a heap of demands, and those of the West, even if not as publicly outspoken as Kaljulaid, with complaints about its disappointing reform record.

On the political talk show Ukraine with Tigran Martirosyan, the former head of the country’s security service SBU, Igor Smeshko, was even blunter. The proceedings at YES, he said, made him feel that “we are provoking something akin to shock” in Ukraine’s Western interlocutors, due to “our unprofessionalism, our political show.”

Even Victoria Nuland, US under-secretary of state and usually a relentless Ukraine booster, turned out unsteady. She did assure her audience that Ukraine and Afghanistan were very different things for America (and thanks for that comparison, Ms. Nuland, some may have thought). But she also openly criticized the Ukrainian government for failing to clean up the gas trade sector.

This is a pointed remark, given that the US has just dropped Ukraine over the Nord Stream 2 pipeline. There, Nuland might as well have said, you cannot straighten out Naftogaz, so stop complaining about Nord Stream 2.

One current and worsening failure of Ukraine’s leadership, however, escaped criticism: President Volodymyr Zelensky’s authoritarian sallies against opposition politicians and critical media. It is as if the spirit of former US ambassador turned anti-Kremlin talking head Michael McFaul (also in attendance, of course) kept things in check in that respect. With one intriguing exception: the speaker of Ukraine’s parliament, Dmitry Razumkov, took the occasion of a meeting organized by one of Ukraine’s key oligarchs to assure everyone that Ukraine will heed the advice of the Venice Commission regarding its proposed and extremely contentious de-oligarchization law.

The law is a complex project, but its troubling essence in its current form is that it would allow the National Security Council, not the courts, to identify individuals as oligarchs, with plenty less-than-pleasant consequences. The National Security Council is, of course, Zelensky’s preferred instrument of authoritarian intervention. In sum, this is exactly the point where the latter could touch on the interests of some very wealthy Ukrainians, and not just those accused of being too friendly with Russia.

It turns out that the one error YES overlooks in Ukraine is incipient authoritarianism. And the one occasion when it does not overlook that error is when it begins to threaten oligarchs. Who would have thought, at a meeting run and chaired by an oligarch? It is of course possible that by paying for the sandwiches, and staying close to Zelensky’s government, he hopes he will be branded a benevolent businessman, rather than a predatory tycoon.