Home / WORLD / Yes, Brexit has caused problems for crisis-hit Britain, but the harm caused by lockdown has been even greater

Yes, Brexit has caused problems for crisis-hit Britain, but the harm caused by lockdown has been even greater 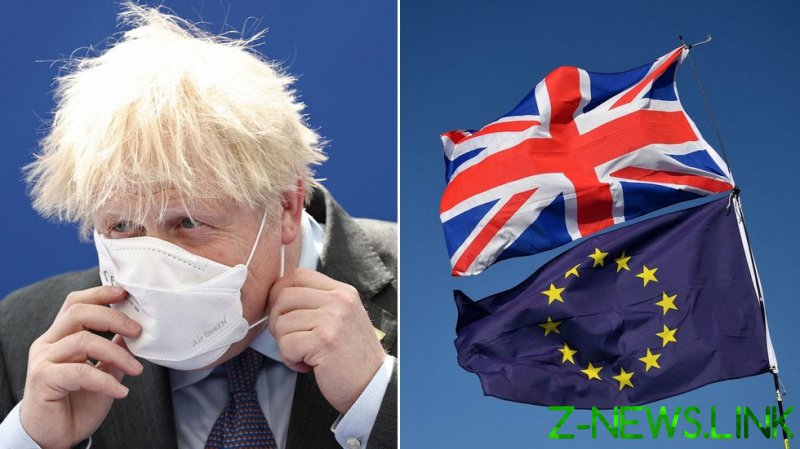 Poor old ‘Uncle’ Jim Callaghan was castigated – and paid a heavy political price – for Britain’s relatively short ‘Winter of Discontent’ in 1979, yet Boris Johnson’s premiership has been calamitous almost from the day he was gifted a large parliamentary majority by the voting public in order to ‘Get Brexit Done’ in December 2019.

BoJo did indeed ‘Get Brexit Done’ – well, sort of – but no one can really claim it has ushered in a new golden era for Britain. Not even supporters of leaving the European Union like myself. What a state we’re in at present. Many petrol stations have run out of fuel, with an HGV driver shortage predicted to cause havoc with other supply chains in the run-up to Christmas. Gas prices are soaring. In August, UK inflation made its biggest jump on record. Prices are going up everywhere, while wages stagnate. Where I live, we haven’t had our brown bins collected since early August. What a load of rubbish… literally. As has been noted by many on Twitter, Boris Johnson has turned Britain into a third-world country. A corrupt, rundown banana republic that doesn’t even grow bananas.

Hard-core Remainers blame it all on Brexit. Or Brexs**t as they call it. But while leaving the EU clearly has caused (or exacerbated) supply-side problems, and added extra costs to individuals and businesses who trade with Europe without much, if any, discernible benefit (at least up to now), these issues have been dwarfed by those caused by another ‘new’ policy measure which Remainers, by and large, did support. Namely lockdowns.

The most dreadful and depressing thing about British politics over the last 18 months has not been Brexit, which could still turn out well in the medium or long-term, but the way that lockdowns have become normalised as the ‘default’ position for dealing with a virus which ‘might’ put too much pressure on the NHS.

Lockdowns are so extreme and do so much harm to the economy, to our mental and physical health and our general morale, that they should never be in any democratic government’s toolbox. We should not forget that before 2020, ‘lockdown’ was a term that only applied to US penitentiaries, referring to prisoners being confined to their cells following a riot or other similar disturbances. 2020 was the year we all became treated like prisoners. And at what cost!

In March, it was calculated that a year of Covid lockdowns had cost the UK economy a staggering £251 billion. Yes, that’s right… £251 billion. Oh, but think of the lives saved, lockdown supporters respond. But for that, though, they rely on modelling, on what ‘might’ have happened had we not had FOUR lockdowns. Conveniently, they ignore real-world data from countries that didn’t lock down, such as Sweden and Belarus, which had better Covid outcomes than many countries which did. In fact, the country with the highest per capita Covid death rate, Peru, imposed one of the earliest and strictest lockdowns in March 2020, which rather contradicts the ‘only thing we did wrong was not locking down earlier and harder’ narrative.

Not only is there no evidence that lockdowns lead to better Covid outcomes (in fact, some evidence, as above, suggests the opposite), we also have to factor in the collateral damage that lockdowns – and the concomitant repositioning and partial shutdown of the NHS from March 2020 to concentrate on Covid – has had on other health issues.

In June, it was revealed that 1.5 million operations had been cancelled or postponed. In July, the number of patients waiting for NHS treatments in England reached a record 5.3 million. It’s now grown to 5.5 million. The Institute of Public Policy Research estimates that around 20,000 cancer diagnoses have been missed – and that the backlog of cancer cases could take over a decade to clear.

After a year and a half of lockdowns and restrictions which we were told were about protecting our health, Britain is not in good health. The Office for National Statistics reports that since early July, excess deaths in England and Wales have been running significantly above the five year average. Deaths are around 20% higher than normal, but most are not related to Covid.

It’s hard to see how 18 months of delayed consultations, or people not being able to see a doctor face to face, would not cause an increase in deaths, to say nothing of the harm caused to the immune system by people being encouraged to live like hermits for the best part of a year and a half. It’s worth pointing out, too, that although Public Health England estimates the new Covid vaccines have saved more than 100,000 lives, deaths from July to September 2021 – when around two-thirds of the public have had two jabs – have been higher than in the same period in 2020, when no one had been vaccinated.

A Venn diagram of hardcore lockdowners and hardcore Remainers would show a very strong overlap. Rather than look at the real-world evidence – that lockdowns don’t work even on their own terms of reference and cause enormous economic and societal damage – they take a tribal, binary ‘culture war’ position which involves espousing ‘Zero Covid’ (to see where that leads, just look at Melbourne), only questioning why lockdowns weren’t imposed earlier, or were not even stricter. All of a sudden, the ‘free movement’ of people – internally and externally – isn’t that important anymore.

One prominent Remainer who, to his great credit, broke ranks was writer and pundit James Melville, who became a staunch opponent of authoritarian Covid restrictions. For that he received plenty of flak from his erstwhile allies for daring to depart from groupthink. Yet James, far from going over to the ‘dark side’, only wanted Britain to follow the path of liberal, social-democratic Sweden, which is in the EU, but which didn’t impose domestic lockdowns. It takes quite a lot of cognitive dissonance to rail against the problems that Brexit has caused or exacerbated (and which Brexiteers should acknowledge), while shutting your eyes to the harms caused by lockdowns, which are far greater.