I deliberately postponed writing about Ephraim on the day. 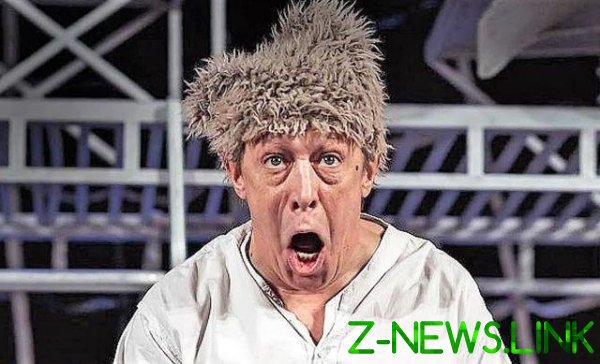 So, first, to write with a cooler head. When calmly, consistently and convincingly is stronger than on emotions.

And secondly, to those who wanted to protect the drunken murderers (whom party is more important than justice and morality), has managed to do it. Says an eminent thinker of our time, “colored itself in those colors in which colored”.

1. To get started immediately refute the nonsense about “the Kremlin was afraid of the opposition”. Opposite the Kremlin forever, if not in panic, then in hysterics. Morons always write that they are afraid of the Bulk, Platoshkin, then Mal, then Boldyrev, even some clowns.
In fact, the Kremlin does not care about (I’d use another word, but ILV nil). Do not care for all these clowns, and anyone I forgot to mention. Putin is not looking any “investigations” Bulk or stupid graphomania Orlose voiced Ephraim. “I have a neighbor frightened, and he didn’t look”(with). And it is an objective reality.

2. Accordingly, now about all sorts of theories about the “flipped, slipped, tripped”. Who are you trying to treat? Efremov thumps! Thumps a long time, consistently, regularly, many, drunken. He always acted drunk at performances, it was not allowed buhogo in the aircraft, he was repeatedly filmed drunk in the city.
There are people who are difficult to suspect of drinking, but Mikhail Efremov them is not exactly true.

3. In addition, since Ephraim was issued more than fifty of fines for traffic violations. That is, at least once in three days, he consistently violated the rules, was the worst offender.
Here I am for the fact that some penalties were not off (because it generates a feeling of permissiveness from the rich Pinocchio). Above a certain number of fines for the period should be followed by the deprivation of rights automatically. Can’t ride – don’t hurt the wheel.
If it was, today, perhaps one living person would be more (but probably not).

4. Alcohol destroys brain cells. In the first place, is the neocortex, responsible for higher nervous activity.
Higher nervous activity is the conscience, reflection, sympathy, empathy, dignity, morality, shame. Everything that makes us human.
Is an alcoholic – this is not a man. This is a stupid degraded animal, devoid of human residues.

You can see video from the scene. Efremov killed a man – but he’s not ashamed, he’s not worried, he “come on, I have a lot of money”. Repentance there is no smell (but the smell and “grass”).

5. In the blood of Ephraim discovered a cocktail of cannabis, cocaine and alcohol. In wild doses (one vodka pet drank our own bottle).
Even thieves believe that the “interfere with booze with the makeup – the last thing” (that’s a quote).
That is here we are not talking about “a little culturally drank or even smoked a Doobie”. Efremov was fucked up tight. And climbed behind the wheel.

Misha Efremov is a daddy’s boy and mafia major. And if not daddy, then no one would it was neither necessary nor interesting. A priori.

Misha Efremov can only be drunk to play drunk. What’s acting? Is the role that he is pathologically not given – Misha Efremov for many years can not play SOBER.

7. Yefremov many years drank, I got high, rude to others, staged drunken fights, systematically violated rules of the SDA, and the party instead of having to put him in his place, said, “Misha is a subtle sense of nature.” Instead charge him with the tambourine and sent to compulsory treatment.
This is the systematic indulgence of degraded alcoholic and has led to a natural result.

“Michael” is NOT a pity. If “Misha” drunk crashed into a pole and samovydvinulsja – well and figs with it.
But “Misha” killed a man. Husband, father, breadwinner. Good man.

And exaggerated “stardom” Ephraim is not a mitigating factor, and aggravating. Because public employees must be examples of moral behavior and role model, not a bag of degraded shit

And not for the rehabilitation of the Ephraim (drug addicts and alcoholics to rehabilitate useless, and two in one especially), and that others do not povadno. “His example – other science.”
So the required 12 years of prison without any rotten excuses.

PS And all who yesterday rushed urgently to get Efremova – you’re a goner. And this is not disputed.