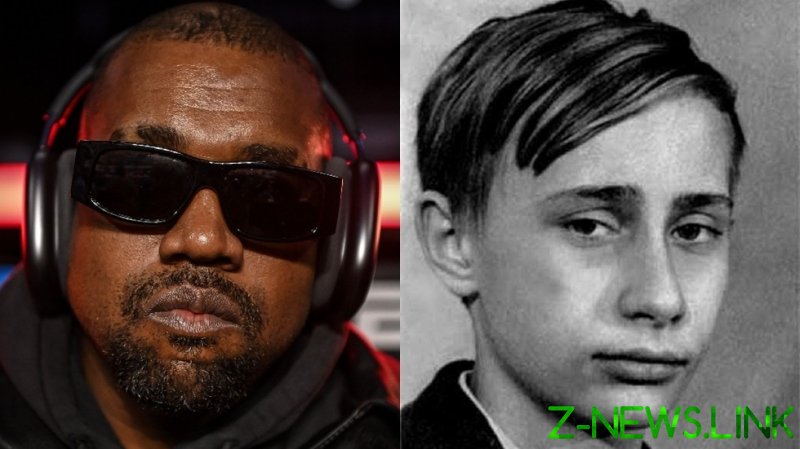 Sitting down with Revolt TV’s ‘Drink Champs’ podcast on Thursday, Kanye West unloaded on the recording industry for hiring rappers to promote violence in music (“a form of modern-day slavery”), hammered white Christians for telling him not to swear on his songs (“there were Christians in the KKK too”), and, bizarrely, compared himself to Russian President Vladimir Putin.

“I’m like Young Putin,” he proclaimed, to cheers and laughs from his interviewers. “I used to say I was Young Vladimir until I realized I was Vladimir. You know the moment when I realized it was? When I realized culture is an oil, culture is an energy. And I’m the king of culture, for the past 20, and the next 2,000 years.”

West is no stranger to cosying up to powerful political figures, and caused ructions when he emerged from a social media hiatus in 2018 to declare his support for then-President Donald Trump. West’s enthusiastic donning of the red ‘Make America Great Again’ hat drew outrage from anti-Trump celebrities, but earned him praise from Trump himself, along with a visit to the White House later that year.

West has praised Putin before, for more than just his country’s prodigious energy output. In a tirade last year against the recording industry, and after verbally sparring with his record company, Universal Music Group, and his publisher, Sony/ATV Music Publishing, West shared an image of Putin training with Musa Mogushkov, a member of the Russia Judo team. “Rule number one, listen to Ye,” read an accompanying caption in the photo.

Whether his latest exclamation will attract the attention of the die-hard Russia-haters in the US media remains to be seen. Back in 2018, the rapper was described as a “witting asset of Russian intelligence” by “strategic intelligence analyst” Eric Garland, based entirely on his meeting with a Russian fashion designer in Moscow, and a meeting with Donald Trump. Needless to say, Garland’s claims were never substantiated.