Home / policy / Yatsenyuk made a loud statement about his plans

Yatsenyuk made a loud statement about his plans 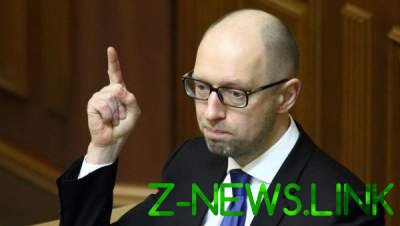 Yatsenyuk intends to run for President in the next election.

Former Prime Minister and head of the party “national front” stated that the party will go to the presidential and parliamentary elections in 2019. About this Yatsenyuk said, speaking from the rostrum at Mystetskyi Arsenal at the party Congress.

“It was a lot of discussion about what the election will be in 2016, 17, 18-year. By the way, who led those discussions?..People who are far from politics, including Ukrainian. Policy is not a tour. And statesmen is not on tour”, – Yatsenyuk declared, having broken a storm of applause in response.