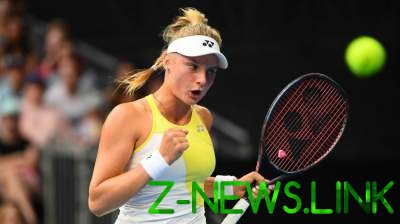 Dayana Yastremsky made it to the second round of the Premier Mandatory tournament in Miami with a prize Fund of $9,035,428.

Yastremsky in the first round Miami Open met with the 57-th racket of the world from Russia Ekaterina Alexandrova. Tennis player from Odessa tried to win a first career victory at competitions of such level.

Key in the first set was the Yastremsky break in the eighth game. Diane had to protect his supply, she lost the third set-bol.

In the second set Alexandrova again recouped from the account 0:2, but in the future Yastremsky gave not the slightest reason to doubt his victory. The rest of the match Diane made two breaks, and on his serve and did not allow a single break point.

In the match against Alexandrova Yastremsky filed 5 aces, 7 double faults, won 62% of his hands from the first filing and has implemented 5 of the 8 break points.

To build on its success in Miami Dayana Yastremsky will attempt to match against the first racket of Australia’s Ashleigh Barty, who seeded in the tournament under 12-m number.