Yarmolenko named the best player of the Bundesliga rounds 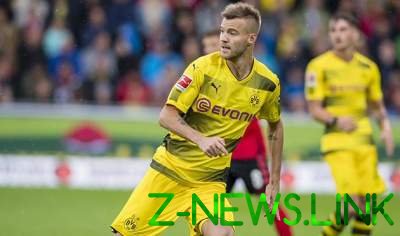 Midfielder Borussia Dortmund Andriy Yarmolenko shock made her debut in the German football.

The reputable German newspaper “Sport Bild” after six rounds of the championship of Germany has decided to sum up the start of the season. In two categories of the first Ukrainian rookie “Borussia” D Andriy Yarmolenko.

In voting for the best player of the Bundesliga in the opening rounds of the season, Yarmolenko has scored 21% of votes, ahead of Mark Uta (Hoffenheim), Robert Lewandowski (Bayern Munich) and Timo Werner (RB Leipzig).

Among the newcomers in the Bundesliga victory Yarmolenko was more impressive – for the Ukrainians voted 45% of the respondents (over 5,000), and its nearest competitor, Andrei Sebastian Rudy, only 19% of the vote.

Yarmolenko became the player of Borussia Dortmund at the end of August – for the leader of Kiev “Dynamo” German Grand paid 25 million euros. Since then, the Ukrainian spent in three Bundesliga matches and scored an impressive achievement – Yarmolenko involved in all the goals you scored against Borussia Dortmund when his presence on the field.

On account of Andriy Yarmolenko in the German championship two assists in three matches and his club record goal difference/goals conceded (19:1) after six rounds (5-1-0) leads the standings in the Bundesliga.