Yarmolenko moved to “West ham” on the advice Rebrov 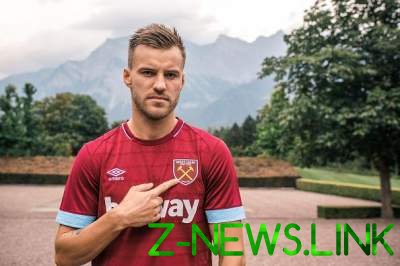 Ukraine midfielder Andriy Yarmolenko has agreed to transition in “West ham” after the talk the ex-coach of “Dynamo” Sergei Rebrov.

When deciding about moving to Albion Yarmolenko relied on the words of ex-striker, “West ham” Sergei Rebrov, who played in England for three seasons.

“After a conversation with Serhiy Rebrov I made the final decision for yourself. My former coach in “Dynamo” told me about the team and the fans. Rebrov words meant a lot to me.

He said: “a Club with the tradition and the fans there are some of the best in the whole of England”. He says: “If in Dortmund’t count on you don’t even have to think. A coach, a lot of good players, great fans, a strong championship.” I hope on Friday I will start training with a new team” – quoted Yarmolenko “Team No. 1”.

Debut in the English Premier League Andriy Yarmolenko will be able in a month. The new season, “West ham” will open on August 11 with an away match against Liverpool.