Home / WORLD / ‘Y: The Last Man’ went out of its way to alienate men, so it’s no surprise hardly anyone watched it and it got canceled

‘Y: The Last Man’ went out of its way to alienate men, so it’s no surprise hardly anyone watched it and it got canceled 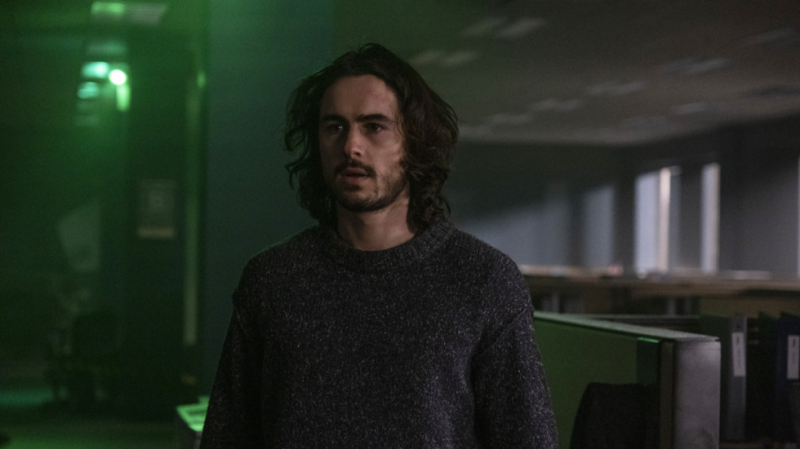 The story of ‘Y: The Last Man’ is a long one. It started off as a 60-issue Vertigo comic series by Brian K. Vaughan which ran from 2002 to 2008. The series focused on a global disaster in which all living mammals with a Y chromosome simultaneously die, with the exception of Yorick Brown, an amateur escape artist, and his pet monkey Ampersand.

The comic was a hit and the originality behind Vaughan’s ideas captured the imagination of fans, who were fascinated with Yorick’s adventures in a world that consisted only of women, and how society would deal with such an extinction-level event. It wasn’t long before Hollywood came a-knockin’ to adapt the comic book to other media.

First up was New Line Cinema, which wanted to turn the comic into a feature film. The studio acquired the rights in 2007, but the film version languished in “development hell” until 2014, when the rights reverted back to Vaughan. In 2015, Vaughan then sold the rights to the FX network to develop the comic into a TV series. Six years later, the show premiered on FX on Hulu… and no one cared.

Aside from being based on a comic that was never truly in the mainstream consciousness (and severely lacking in superheroes), the concept for ‘Y: The Last Man’ was something that turned off audiences sick of the already fraught political landscape in Hollywood. Even though its concept originated decades before the wokeness plague infected every aspect of entertainment, the commercials for the show made it look like an SJW’s wet dream.

You could practically hear the Twitter mobs say in unison: “Wait – you mean all men are dead and women get to rule the world? Sounds great!”

It was truly a feminist utopia, brought to the small screen by a cast and crew almost entirely made up of women. What wasn’t there to like about this female-centric TV series that checked all the right intersectional diversity boxes? It had everything the radical left could want in entertainment: lesbians, people of color, transgenders, women ruling the world, men in the minority, strong female characters, a female-centric behind-the-scenes crew…

Yes, it had everything except an entertaining story and an audience that cared. As is known to pretty much everyone (except those in Hollywood), the people that woke entertainment caters to don’t actually care about the entertainment. They care about the message. They’ll virtue-signal their butts off when a new movie or TV show comes out that promotes their agenda, but they won’t actually ever bother to watch it – or if they do, they won’t stick with it long enough and in big enough numbers to make a real difference to its ratings.

No, it’s a loyal fanbase that keeps TV series and movie franchises alive, and guess what?  A significant portion of that audience is comprised of – you guessed it – white men.

So, in an era in which Hollywood not only thinks it doesn’t have to cater to white men, but also goes out of its way to vilify them, is it any wonder this important demographic is tuning out and going elsewhere?

In the case of ‘Y: The Last Man’, the central character of Yorick, the titular last man, was so weak, whiny, and pathetic, he was impossible for any member of the male viewership to actually identify with. (I should know, I was one of the few white men to bother watching this series.) Little wonder they were left asking themselves, “Why am I bothering to watch this show?”

This is not to take away from the stellar actresses who were cast in the series. Diane Lane, Ashley Romans, Amber Tamblyn, and the others were all great, and their characters were actually interesting (though still pretty unlikeable). Even the concept that Brian K. Vaughan originated – a world in which all men die and it’s left to women to run – is an intriguing idea that shouldn’t necessarily be a turn-off for male viewers.

The problem lies with the woke writers and producers behind the show, who didn’t understand who their audience was.

Eliza Clark, the showrunner of ‘Y: The Last Man’ took to Twitter – her pronouns are in her bio, btw – after the cancelation to post a statement about FX’s decision to end the series after the first season. She said, “‘Y: The Last Man’ is about gender, about how oppressive systems inform identity. We had a gender-diverse team of brilliant artists, led by women at almost every corner of our production. Producers, writers, directors, cinematographers, production design, costume design, stunt coordination, and more. It is the most collaborative, creatively fulfilling, and beautiful thing I have ever been a part of. We don’t want it to end.”

If Clark really didn’t want the show to end, then maybe she should have focused on telling a better story than one of “gender and how oppressive systems inform identity.” It’s no secret that people turn to entertainment to escape from the political maelstrom they are constantly exposed to on social media and via the news. Injecting politics into entertainment is a surefire way to get the vast majority of people not to watch something.

I certainly commend Clark for hiring so many women to work on ‘Y: The Last Man’, as it is indeed important to give them more opportunities in the entertainment industry. But these opportunities would have been far more significant if she’d also focused on crafting a good show, while also not forgetting to cater to a male audience.

The reality is that comic book fans are majority male, so adaptations that ignore this demographic are doomed to fail. But it’s also important to remember that men comprise more than half the viewership of mainstream media, and their demographic is also extremely coveted by advertisers. To not only ignore men, but to drive them away is self-sabotage of the highest degree.

We’ve seen this happen time and time again.  ‘Terminator: Dark Fate’ tanked after the director attacked the male members of the franchise’s fanbase. The same thing happened with ‘Ghostbusters’ (2016). Anytime you hear the talent behind a movie or TV show use the term “misogynist,” you know for a fact that the male demographic isn’t interested in what they’re putting out, and they’re trying to make excuses for it.

It’s a shame, because ‘Y: The Last Man’ wasn’t a terrible show. In fact, it had a lot of potential. But when business reality clashes with hollow virtue-signaling, reality wins every time. FX decided it was too expensive to produce for a non-existent audience, and now Clark is trying to find a new home for the show.

Good luck with that. It’s doubtful any other streamer is going to want to pony up money for a show that’s already failed to appeal to half the audience base.

But Hollywood seems to stubbornly refuse to learn its lesson. It’s going to continue to produce politics-infused propaganda in the form of entertainment to appease the Twitter mobs and the elite cocktail-party crowd that love to pay lip service to the limousine-liberal ruling class in New York and LA.  And, in the meantime, those who consume this entertainment – particularly white men – are asking: Why should we care?