Smart bracelet Xiaomi Mi Band 4 show up on the Internet for high-quality three-dimensional images. Importantly, this is the official promotional renders, not a fake, because before the announcement of the gadget was only a few hours. 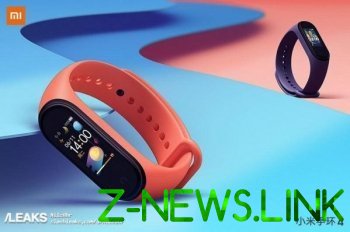 Images Xiaomi Mi Band 4 confirmed all that was previously known about this band. For starters, he kept the design similar to the design of the first three generations, and the General concept, too, has remained unchanged – the case of the oval shape, is inserted into the removable straps of different colors. In rendering visible the main feature of the bracelet, namely, a color OLED screen, which had to increase the battery capacity to maintain autonomy at a decent level.

See also:  Samsung Galaxy A8 Plus (2018) appeared first on pictures

According to preliminary data, in sale two versions of the Xiaomi Mi Band 4 – one basic for $ 28, and the second top, which will differ from the baseline only in the presence of NFC for contactless payment. By the way, Russia has recently earned payment system Xiaomi Mi Pay. Bracelet Xiaomi Mi Band 4 will receive support from more than 20 sports brand new and the Bluetooth module 5.