Xiaomi Mi Max 2 came out this summer and with the coupon MAX2HD it can be yours for only $250, but the discount is valid for 50 copies. The smartphone is painted in the new black color (initially was only available to gold, with a white front panel) that the global version with Russian language and Google Play services. Max Mi 2 Xiaomi is characterized by a large Full-HD screen with a diagonal of 6.44 inches and it is its main feature. In smartphone integrated 8-core CPU from Qualcomm, 4 GB of RAM, the drive on a 64 GB and a very large battery capacity of 5300 mAh.

See also:  Experts said that going to be the smartphones of the future

The Russian best seller Xiaomi Redmi Note 4 with 5.5-inch Full HD display is also offered with the global firmware and the black color of the case, and this is the version with 4 GB of RAM, 64 GB of ROM and a Qualcomm processor 625, which is the top. With coupon “GPNTE” this unit can be bought for $190 (200 copies). Redmi Note 4 is widely known in Russia, and is a metal bar with battery 4100 mAh, two slots for SIM-cards and a proprietary shell MIUI 8 (will soon be upgrading to MIUI 9). The smartphone comes with built-in cameras on 5 and 13 megapixels and a fingerprint scanner.

The third participant is the latest Xiaomi Redmi Note 5A, announced just two weeks ago. Within the flash sales, which do not require promo codes, smartphone is worth exactly $120 the version with 2 GB RAM and 16 GB ROM. Redmi Note 5A in the proposed configuration is going on the Qualcomm 425 and is equipped with a 5.5-inch screen with HD resolution or 1280×720 pixels. The smartphone supports Android MIUI 7.0 and 8 out of the box, and get the freshest firmware MIUI 9. 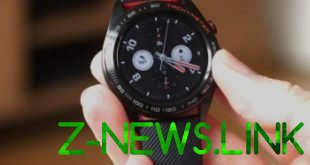