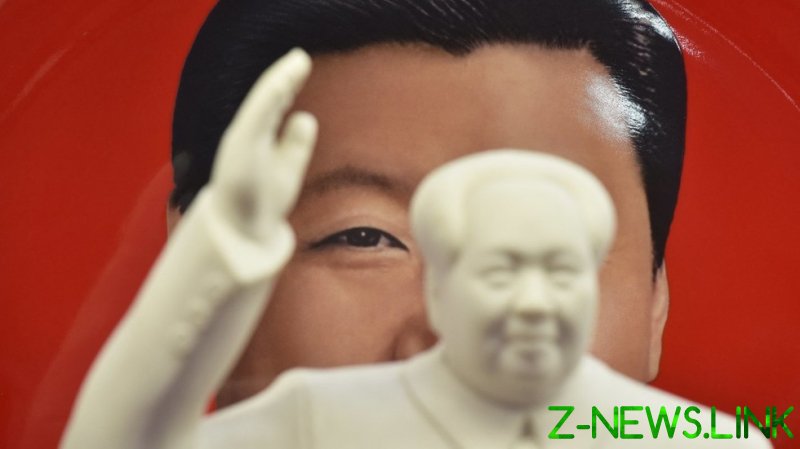 There have been many commentaries in the Western media over the past few weeks about China’s growing shakeup of its tech sector, social institutions and economy. The vast majority view it in strictly ideological terms, and argue that President Xi Jinping’s limitations of the fundamental “virtues” of the free market can only spell disaster for China.

Some of these takes have compared Xi to the first leader of the People’s Republic of China, Mao Zedong, who was known for his one-man and deeply ideological rule which forcibly established the new state against the odds, but at a heavy price. His Cultural Revolution – a massive political movement encouraged by Mao and the infamous “gang of four” – mobilized a generation of young people into Red Guards to forcibly impose his ideological vision on the country and to sweep away the “four olds” – old customs, culture, habits and ideas – deemed to be holding the country back.

Now – according to the Financial Times at least, with its headline blaring, “The Chinese control revolution: the Maoist echoes of Xi’s power play” – we are witnessing a similar upheaval instituted by a strong leader.

It is always tempting to brand such reformist moves in China as a new Cultural Revolution – because it appeals to the Western public’s propagandized belief that communism is both chaotic and tyrannical, and delivers a simplistic representation of what “one-man rule” means. But this is an ahistorical and cliched take: Xi Jinping is no Mao Zedong.

Whilst Xi is more orthodox than his predecessors concerning the role of the party, he is not, so to speak, a “fanatic” in the way Mao was sometimes described as, with the White House describing him as a very “unsentimental” person. Xi’s education was a mix of chemical engineering, Marxist theory and agricultural marketisation, all leaning to someone who has political convictions, but also a sense of scientific and strategic reasoning. Mao, on the other hand, was a highly determined yet dogmatic figure whose own inability to compromise frequently accumulated in his biggest failures. But even then, that’s a misconception of what the Cultural Revolution, as disastrous as it was, was all about.

Chinese political thought in the early 20th century was consumed by the idea of iconoclasm, and that a radical approach was needed to forcibly dismantle the legacy of the past in order to change the present. One example? Recent trends of downed statues of figures linked to slavery. But in China’s case, it was following their century of humiliation and perceived subjugation to Western powers, and there was a strong belief that its political traditional philosophies and institutions throughout the imperial era of Confucianism had fundamentally failed in establishing it as a modern country.

This led to the adoption of radical ideologies such as nationalism and communism, which were perceived as the solutions for building a powerful country.

Mao’s own ideology and worldview were born in this environment, and he fervently embraced the idea that somehow destroying the legacy of China’s past would in turn empower its future. He believed in a doctrine of “continuing revolution” and frequently feared what he described as “revisionism”, that bourgeois sentiments would prevail and reject and overturn his vision. It was following the failures of is Great Leap Forwards, an economic disaster which ended in famine in the early 1960s, and the anti-Stalin movement in the USSR, that Mao unleashed the Cultural Revolution as an instrument to secure his personal rule over the country and purge his factional opponents who favoured reform.

It is easy to misrepresent Xi as Mao due to the growing “one-man” emphasis and talk of a personality cult, but to claim Xi is rehashing the Cultural Revolution and Mao’s legacy is way off the mark. It’s transplanting the present era into a mid-20thcentury world. The only similarity between the two is that geopolitical currents underlie both: Mao’s fear of Nikita Khrushchev and conflict with the USSR in the 1960s, and Xi’s current conflict with the US. Both these threats caused China to become more insecure and turn “inwards”, but this is where the comparison ends.

Mao was prepared to self-sabotage China’s economy and institutions to politically survive, because his perception of a revolutionary state was so dogmatic that short-term prosperity didn’t matter. On the other hand, Xi is a man who has a comprehensive and very specific vision of driving China’s development forwards by removing the deemed obstacles and threats to growth aggravated by geopolitical tensions.

For example, can Xi be the anti-business zealot he’s accused of being if he announced a new Beijing stock exchange over the weekend? One which also focuses on “innovation” from small and medium enterprises? Yes, he has cracked down on “big tech” – but this is because Xi is interested in refining the kind of investment and areas of economic priority China ought to focus on. This is not dogmatism, and whilst his changes apply socialist ideas, it does so in a very scientific way, understanding what is in the best interests of the people, and what is not.

Of course, China’s pro-liberal advocates have lost out in all of this, but this is not because of one man’s power trip or ego. It is much more strategic, more long-termist and more thought through than Mao’s extremely ambitious and lofty decision making, which believed in the supremacy of ideology and the force of human will above all things.

Xi is no fan of Mao’s Cultural Revolution. During it, his father, a veteran party member,  was persecuted and Xi himself was sent to the countryside along with millions of other Chinese teenagers. He has in the past criticised the revolution for bringing “China’s economy to the brink of collapse”.

Backed by a cadre of calm, dedicated, loyal professionals, Xi is instead aiming to strike at the very specific vices of capitalism, such as addiction and monopolies, without actually undermining the principle of the market itself. This is just about as far away as you can get from radicalizing angry students to destroy all of China’s historical sites in the name of counter-revisionism.