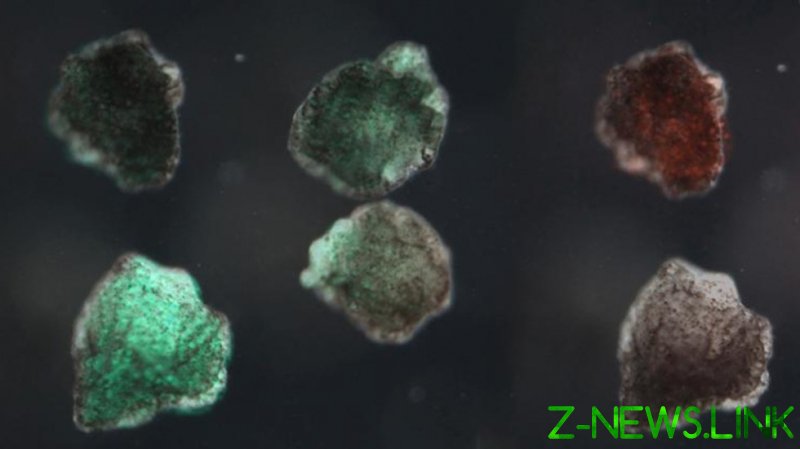 The upgraded bots built on work first unveiled by scientists at Tufts University and the University of Vermont last year, improving on the design to allow them to move faster, live longer and assemble themselves to work collectively as one unit, a process known as “cellular self-organization.” Outlined in an article for the Science Robotics journal on Wednesday, the breakthrough could shed light on “swarm intelligence” in the animal kingdom and beyond.

A xenobot shows off its ability to self-repair. ©  Douglas Blackiston

The researchers also said their work showed that a “writable molecular memory” is possible, giving the xenobots the ability to “record exposure to a specific wavelength of light” using a special type of protein that turns red when exposed to blue light.

While the earlier iteration relied on the contraction of muscle cells for movement, the new model uses hair-like structures on its surface known as cilia, allowing it to crawl and swim around faster. Still capable of self-healing, the updated version is also able to survive for three to seven days longer than its forerunner, which only lasted for about a week. 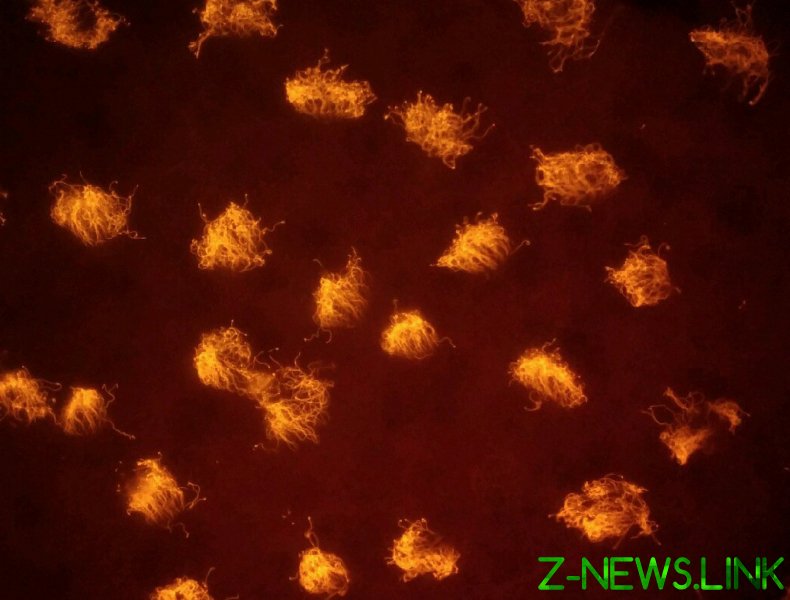 Hair-like structures known as cilia are seen on xenobots in a high-magnification image. ©  Douglas Blackiston

“Together, these results introduce a platform that can be used to study many aspects of self-assembly, swarm behavior, and synthetic bioengineering, as well as provide versatile, soft-body living machines for numerous practical applications in biomedicine and the environment,” the scientists said.

Standing at between one-quarter and one-half a millimeter in size, the organic machines were designed with the help of a supercomputer, which used an evolutionary algorithm to generate microscopic blueprints. They are made from stem cells harvested from frog embryos and are completely biodegradable, raising hopes they could someday be safely used in the human body and for environmental clean-up. The researchers did not address the prospect that the bots could be weaponized or used for military applications, though the Pentagon’s advanced research wing, DARPA, has toyed with similar ideas in the past.

Straddling the boundary between biology and inanimate tech, classifying the zombie-like robots has proven more difficult, as the researchers suggest they may have created a wholly new class of lifeform.