Xavier Dolan and will Beinbrink will play in “IT 2”

More actors adds castes “It: Part 2”. Xavier Dolan (in the shot above) and will Beinbrink will perform the role of Adrian Mellon and Tom Rogan, respectively. Fans of Stephen king should remember the terrible fate of Mellon in the original novel, because Derry is not the best place for love, especially same-sex. In the end, the fate of the hero was very sad. Tom Rogan is a cruel husband and grown up Beverly Marsh, who is not averse sometimes to dismiss his hands and put his wife a few bruises.

Will Beinbrink starred mostly in TV series. It can be seen in “Queen of the South” and “castle”. In addition, the actor appeared in the film “the Disappearance of Eleanor Rigby: Her,” in which the main roles were played by Jessica Chastain and James McAvoy, and there was lit bill bill Hader. All three, as we know, will play “It is: Part 2”.

It’s funny, but Xavier Dolan is also a bridge leading to Chastain. Dude is not even thirty, but he was known not only as an actor but as a Director. His debut film “I killed my mother” a loud Bang at the Cannes film festival in 2009, and since then, Dolan never ceases to create. In fact, in his new movie “the Death and life of John F. Donovan” starred Jessica Chastain, only later, the Director announced that cut out all the scenes with her. Like, no complaints about the actress, just the character didn’t fit in with the changed concept of the film… But what if Chastain still harbored resentment and was asked to take Dolan in “It” to see how he suffers, being in the clutches of Pennywise? Brilliant plan!

The premiere is scheduled for September 5, 2019.

Will Beinbrink in the TV series “Queen of the South” 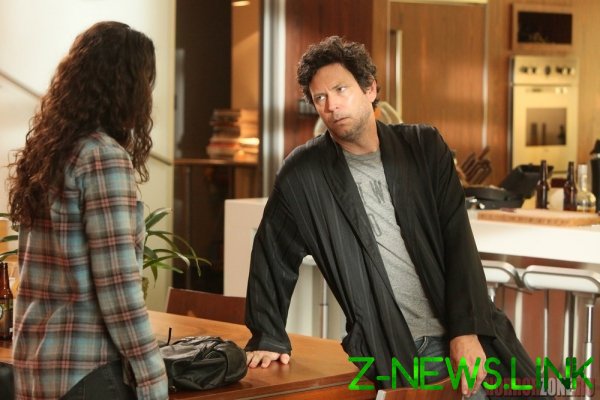