Home / WORLD / X gender on my passport instead of male or female is just the start: I want to identify as a dolphin

X gender on my passport instead of male or female is just the start: I want to identify as a dolphin 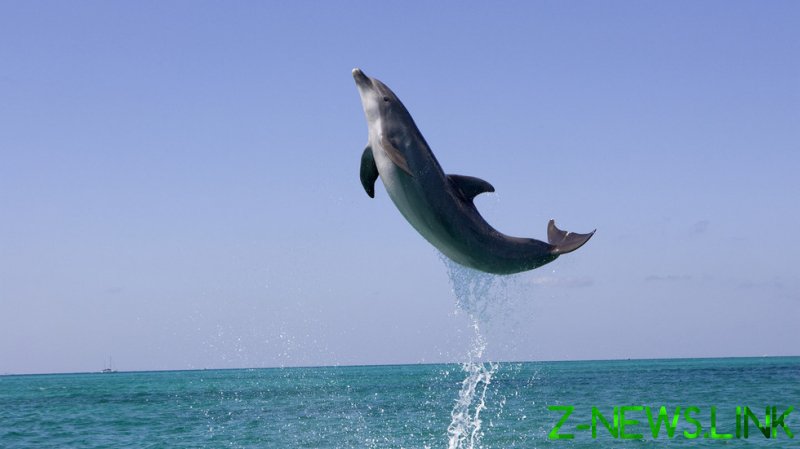 Imagine if ALL your problems, all the worries that have ever niggled you in your whole life could just be washed away by replacing a single word with an ‘X’, just the one mind you: get rid of male/female, for example, and the world is a perfect place.

This seems to be the view of one of the parties in an ongoing legal battle over marking one’s gender on one’s passport with an X instead of male or female, which has bafflingly gone all the way to the Supreme Court of the United Kingdom. Dunno who’s paying their legal bills, but the lawyers must be loving this fight, all this energy being applied to the most pointless legal battle anyone could possibly dream up.

Lawyers representing ‘non-gendered campaigner’ Christie Elan-Cane argue that male and female-only categories on passports are “degrading” and “illogical” and people should be allowed to just be X instead. Christie, you see, has to lie on his/her form at the moment and that’s dishonest.

Never mind the fact that, if Christie is ever suspected of smuggling drugs through passport control, there could soon be a rubber glove wearing Customs officer checking precisely which orifi he/she possesses. A vagina, ask any drug courier who has worked the airline route from the Caribbean to the UK, is a great place to hide condoms stuffed with cocaine. They much prefer women to men, for basic biological reasons. They have more space.

Maybe the customs bloke will have to sign a form, saying they promise not to look? Interesting. That’s a legal fight for the future.

Anyway isn’t the entire point of a passport to show you are who you say you are and not an illegal alien, and doesn’t male/female denote a very simple fact? That this person possesses a penis or a vagina. I thought you were supposed to put it on your passport form if you have any scars or deformities or tattoos?

It’s not just gender, a whole new world of courtroom dramas featuring fascinating identity-based legal cases is opening up. Here’s one: a Dutch bloke doesn’t quite like his true age – ie: the days that have passed since the day he was born – because it makes him seem a bit old. Emile Ratelband was 69 when he petitioned the court to say he felt 20 years younger and his doctors said he was sprightly for his age. He wanted to be 49. And why not?

That’s not nearly far enough though. Nope. No way. Kat (of course) Lyons from Colorado in the US likes to dress up as a cat, she climbs things and also drinks from a bowl. Ms Lyons has ‘identified’ as a kitten since she was at high school. She says it’s her ‘true self’, and her boyfriend loves her for it.

And what about Jareth Nebula (of course it’s a made-up name), this being wasn’t content with just being transgender. Oh no. Now this thing wants to live as a sexless alien and has had its nipples removed…. Err? Maybe aliens have nipples, oh no Nebula! You might have to have them sewn back on again. I wasn’t being rude calling Jareth Nebula ‘thing’, by the way: that’s what ‘it’ wants to be called – ‘thing’ or ‘it’.

“After coming out as transgender and believing I had finally found myself, I realised I was wrong – I wasn’t male or female, or even human. I don’t think or feel like humans. I can’t really explain it to others – I’m simply otherworldly. I didn’t feel comfortable as either gender or even anything in between. I know I’m stuck in a human form and that’s how I’m perceived by others – but to me, I’m an alien with no gender.”

Imagine the poor passport office bureaucrat, when they process this alien life form’s form? You’re not going anywhere, Jareth Nebula. You won’t get through passport control – not on this planet anyway. Stay home and watch Star Trek instead.

Then there’s Kimberel Eventide, who identifies as an elf… On and on and on it boldly goes.

Awesome! My passport is up for renewal soon. Well, dear reader, I have a confession to make. Just like Gerald off South Park, I identify as a dolphin. I have always felt like an aquatic mammal, as if I had some kind of a ‘special porpoise’ … but I thought it was just me doing a really bad Bronx accent.

From now on I want to be called ‘Flipper Stone’ and to be rewarded for water based tricks with fish. I also want to stay at a nice young age, let’s say 23 or so, forever; just like a cartoon character.

Anyone know a good lawyer?