Home / Society / WSJ: Boeing in the course of the year masked the problem with the sensors before the crash

WSJ: Boeing in the course of the year masked the problem with the sensors before the crash 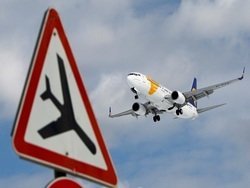 Boeing was hiding problems with the alert system for faulty sensors in the 737 Max during the year. This writes Lenta.ru with reference to The Wall Street Journal.

It is reported that the engineers of the company in 2017, has discovered a problem in the operation of the software on the 737 Max. However, the study experts came to the conclusion that it does not threaten the security, and not have to fix anything. It is noted that the company’s management was not involved in the test and first learned about the problem after the crash in Indonesia.

Interlocutors of WSJ also said that after the disaster Boeing gave some of the airlines are incomplete and inconsistent explanations. It is noted that only after the second such crash in Ethiopia, representatives of the company already elaborated on this issue.

In November 2018, it was reported that in some versions of the Boeing 737 Max has a defect, because of which ships can fall into a dive. It was stated that when an emergency situation incorrectly triggered, helping to avoid dangerous scoring nose.

Over the past six months there have been recorded two plane crashes involving Boeing 737 Max, they killed 346 people. The last crash occurred on 10 March in Ethiopia. The plane crashed six minutes after taking off from the airport of Addis Ababa. All 157 people on Board were killed. Among victims — citizens of 33 countries, including three Russians.

After that, from the operation of the Boeing 737 Max refused about 30 airlines worldwide, including the Russian S7. The EU, USA and Russia has closed the skies over their territories to their operations.