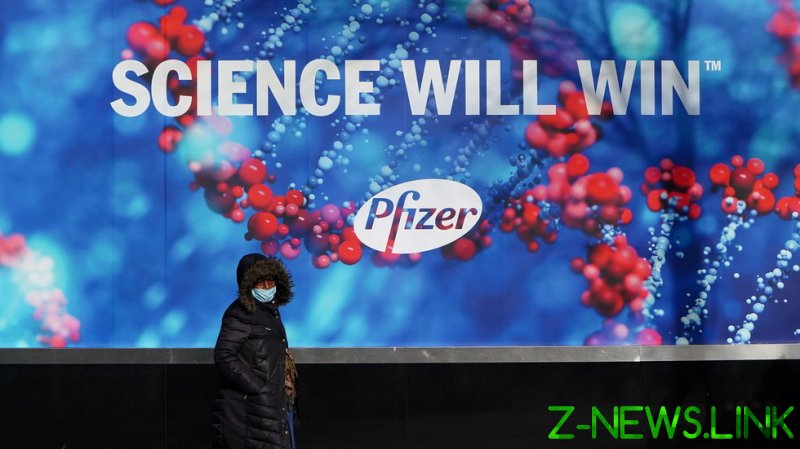 The International Federation of Pharmaceutical Manufacturers (IFPMA) criticized the IP plan in a statement on Wednesday, not long after the Joe Biden administration voiced support for the idea, first floated by the World Trade Organization last October.

“The decision of the US administration to support a patent waiver for Covid-19 vaccines is disappointing,” the IFPMA said, adding that IP waivers “will not increase production nor provide practical solutions needed to battle this global health crisis. On the contrary, it is likely to lead to disruption.”

Calling the proposal “the simple but the wrong answer to what is a complex problem,” the group argued that future efforts should instead focus on eliminating trade barriers between nations, addressing bottlenecks in supply chains and encouraging “rich countries to start sharing doses with poor countries.”

Based in Geneva, the IFPMA counts some of the world’s largest Big Pharma firms among its members, including AstraZeneca, Bayer, Eli Lilly, La Roche, GlaxoSmithKline, Johnson & Johnson, Merck and Pfizer. The latter company, which teamed up with Germany’s BioNTech to develop a coronavirus vaccine, has raked in piles of cash from the jab, seeing $3.5 billion in revenue in the first three months of 2021 alone, according to the New York Times. While many components of the Pfizer shot are patented under its German partner, a US federal agency owns the IP for a key technological breakthrough that made the vaccine possible, which it has since licensed for private use.

Though Biden’s support for patent waivers earned praise in some quarters, including from World Health Organization head Tedros Adhanom Ghebreyesus, other powerful players beyond Big Pharma have opposed the idea. Late last month, billionaire vaccine evangelist and climate crusader Bill Gates insisted that IP is not holding up distribution, warning that waiving patents will not produce “magically safe vaccines.”

In contrast to the Gates proposal – calling for “equitable access” to vaccines while still supporting exclusive IP rights for pharma firms – international bodies have suggested creating a Covid-19 Technology Access Pool, or C-TAP, which would see companies “voluntarily share Covid-19 health technology related knowledge, intellectual property and data.” The concept was initially raised last May, but has so far received little support from the private sector, which continues to argue vocally for strong IP protections.