Home / WORLD / Writer Nikolay Gogol, born in what is modern-day Ukraine, has been stolen by Russia through propaganda, says Minister in Kiev

Writer Nikolay Gogol, born in what is modern-day Ukraine, has been stolen by Russia through propaganda, says Minister in Kiev 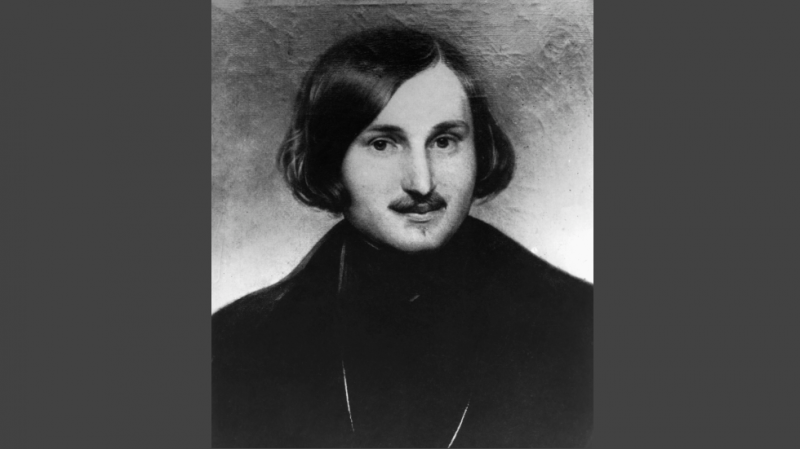 Known as Hohol by Ukrainian speakers, the writer was born in Sorochintsy, a small village near the city of Poltava, about 150km west of the Russian border. Now a part of modern-day Ukraine, the settlement was then in the Russian Empire and ruled from Moscow.

According to Tkachenko, Gogol was born to a Ukrainian Cossack family and, therefore, should not be seen as Russian, and to do so would be to “rewrite history.”

Back to reality, Gogol’s own thoughts seriously clashed with the ideas of the Ukrainian nationalism, which is why he’s never been widely celebrated by officials in modern-day Ukraine – which mostly mention the seminal writer in the context of his having been “appropriated” by Russia. An oft-cited Gogol quote published by his contemporary, Russian writer Grigory Danilevsky, goes: “We must write in Russian, we must strive to support and consolidate one dominant language for all our native tribes. The dominant [one] for Russians, Czechs, Ukrainians, and Serbs should be a single holy relic – the language of [Alexander] Pushkin, like the Gospel is to all the Christians, Catholics, Lutherans, and Huguenots … We, Little Russians [Ukrainians] and Russians, need one poetry, calm and strong, the undying poetry of truth, goodness and beauty.”

Gogol lived in modern-day Ukraine for his entire childhood before moving to Saint Petersburg after graduating from university. Although he could speak Ukrainian, his most famous works were written in Russian, some of which he wrote while living in the country’s then-capital, including The Nose, Viy, and The Overcoat. He went on to write his classic novel, Dead Souls in Rome, after borrowing the idea from his friend, the great Russian poet Alexander Pushkin.

Last month, Ukrainian Interior Minister Arsen Avakov said that citizens should not abandon Russian but use it for “counter-propaganda” against Moscow, noting the need to create a high-quality Russian-language pro-Ukrainian TV channel.

“Why should we Ukrainians refuse the language of Gogol, Kvitka-Osnovianenko, Shevchenko, Nosov, Zoshchenko, Bulgakov, Viktor Nekrasov and hundreds of other excellent Ukrainian Russian-speaking writers?” Avakov wrote, calling himself a “Russian-speaking Ukrainian nationalist.”

Earlier, Kiev’s secret service head Colonel General Igor Smeshko claimed that the former Russian Empire was actually a Ukrainian Empire. In response, influential Russian Senator Alexey Pushkov said that Ukraine is only in its modern-day form because of the collapse of the USSR.

“Ukraine has never existed – even in myths and legends,” he wrote. “These cities and lands are a legacy of the USSR and a gift from Lenin.”

Much of modern-day Ukraine and European Russia were both parts of the Kievan Rus, a loose federation stretching from the Black Sea in the south to the White Sea in the north.