Wreckfest has received a powerful update 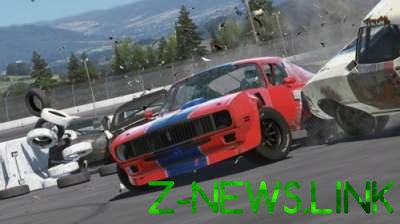 Being in early access racing game Wreckfest FlatOut from the authors of the Finnish Studio Bugbear Entertainment has got a massive update.

Note that this is the first such major update, released after the conclusion of the cooperation agreement with THQ Nordic in June of this year.

The main list of changes and improvements as follows:

In addition, there are a number of smaller improvements, such as changes in the user interface, a more accurate physical model and new sound, advanced artificial intelligence and so on. “After a slight delay, we proudly present the first major update for the early access version of Wreckfest, — said producer THQ Nordic Joswig Roger (Roger Joswig). — Some time we were silent, but only for the sake of today to surprise everyone with our updated scope of destructive races”.

The game appeared in Steam early access (where it passes under the old working title Next Car Game: Wreckfest) in January 2014. As in FlatOut, users expect not just a race, but a spectacular collision, accident and attempts to push an opponent off the track. The release of the finished version should take place not only on PC but on PlayStation 4 and Xbox One.