Wozniacki – the first finalist of the Final of the WTA tournament 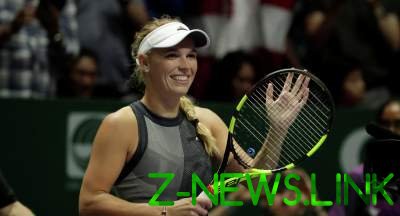 In the semifinals, Wozniacki tried to prevent Pliskova to finish the year in the status of the first racket of the world. The Czech Republic would become the first if he wins the tournament, but the first step he stumbled.

During the first set Pliskova twice led with a break, and in the tenth game at the reception failed to convert three set-Bola. In the tie-break Wozniacki with the score 6:1 managed to lose six balls in a row, but still left Seth behind. The second batch turned out not so dramatic. Wozniacki with the score 4:3 made the break and confidently applied for an exit in the ending.

See also:  Serie a: wins Napoli and inter, the first defeat with Juventus

In the semifinal match against Pliskova, Wozniacki showed the tennis of the highest class. Dane made 25 winnersof with only nine unforced errors and managed to neutralize the main weapon of the opponent – her first serve.

Through the exit in the final of the tournament, Caroline Wozniacki secured the finish of the season in the top 5 of the WTA rankings. Dane for the first time since 2010 will compete for the title at the WTA Finals.

For his first title at the Final tournament WTA Caroline Wozniacki will play the winner of the match between Caroline Garcia and Venus Williams. The match will start at 14:30 Kyiv time.