Wozniacki is the champion of the Final tournament in Singapore 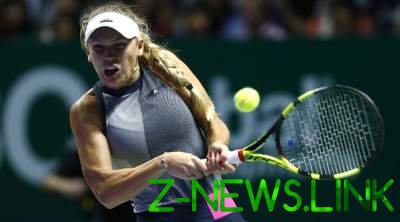 Dane Caroline Wozniacki scored the biggest title in his career, becoming the winner of the Final of the WTA tournament in Singapore.

In the final, Wozniacki tried for the first time to beat Venus Williams. Additionally motivated players a chance to finish the season in the status of the third racket of the world.

Both set, Wozniacki won at the expense of the break in the tenth game. During the second game the Dane was leading 5:0, but managed twice to lose his serve. When it seemed that Williams-senior returned to the game, Wozniacki at the reception made it to the match balls and the second attempt scored his first victory at the Final tournament.

Having won in Singapore four out of five matches, Wozniacki earned 1375 points rating and 2.24 million dollars in prize money. Williams, the eldest got 955 points and improved its financial position by 1.08 million dollars.

The title in Singapore, was for Caroline Wozniacki in the second season and 27th in his career. Danish in 2017 won a record in WTA tour 60 victories and managed to progress from the 19th to the third position in the world ranking.