Home / WORLD / ‘Would plunge into greater disappointment’: Kim Yo-jong warns US not to get hopes up for return to dialogue with North Korea

‘Would plunge into greater disappointment’: Kim Yo-jong warns US not to get hopes up for return to dialogue with North Korea 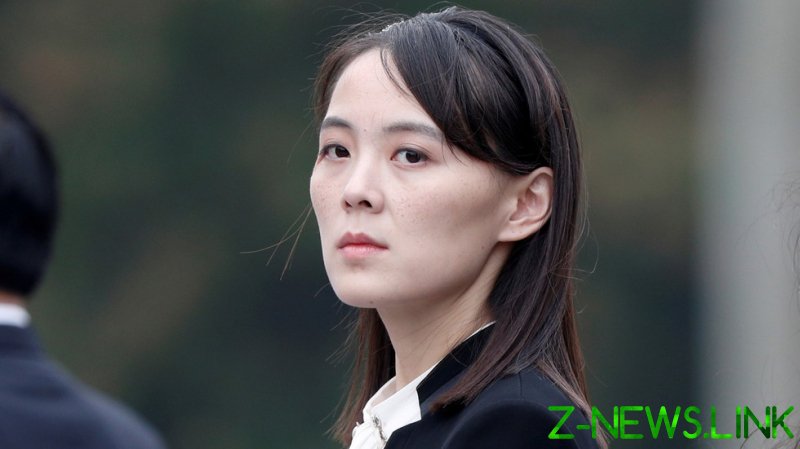 Last week, after Kim Jong-un said North Korea must be prepared for “dialogue and confrontation,” White House National Security Advisor Jake Sullivan called the comments an “interesting signal” and added that the Biden administration “will wait to see whether they are followed up with any kind of more direct communication to us about a potential path forward.”

In a statement on Tuesday, however, Kim Yo-jong – who serves as the deputy department director of the Publicity and Information Department of the Workers’ Party of Korea – warned that the US should not get too hopeful.

“I heard the news that the US national security adviser had mentioned that he regards the position towards the US as an ‘interesting signal,’” she wrote, before citing a Korean proverb that states, “In a dream, what counts most is to read it, not to have it.”

“It seems that the US may interpret the situation in such a way as to seek comfort for itself,” Kim continued, before concluding: “The expectation, which they chose to harbor the wrong way, would plunge them into a greater disappointment.”

North Korea has refused to engage in dialogue with the US since President Joe Biden took over the White House from former president Donald Trump, calling attempts to talk a “cheap trick.”

North Korea’s First Vice Minister of Foreign Affairs Choe Son Hui said in March that “what has been heard from the US since the emergence of the new regime is only lunatic theory of ‘threat from North Korea’ and groundless rhetoric about ‘complete denuclearization,’” and warned that dialogue will only be able to resume after the US drops its hostility.

US Secretary of State Antony Blinken has repeatedly gone on the attack against North Korea, accusing the country of “systemic and widespread abuses,” and calling on China to help persuade Pyongyang to denuclearize.