Home / WORLD / Would personal carbon allowances make eco-austerity fairer – or are they just another way government would micromanage our lives?

Would personal carbon allowances make eco-austerity fairer – or are they just another way government would micromanage our lives? 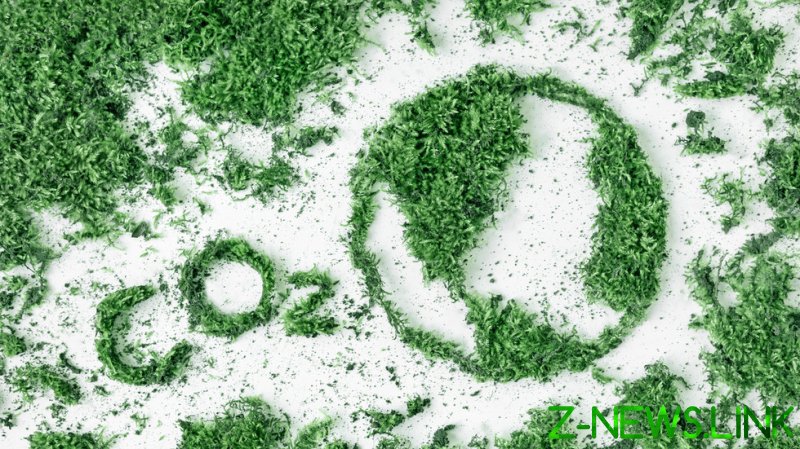 After last week’s IPCC report, widely reported as a ‘code red for humanity,’ the question of how to suppress greenhouse gas emissions is very topical. Current policies are all driven by central government – a ‘net-zero’ target, banning gas boilers, petrol and diesel cars, and switching to renewable sources of energy like solar and wind, and more.

But another approach that pops up from time to time might be to simply set a limit on emissions for the whole country, then divide it by the number of people to create an individual emissions ration – a ‘personal carbon allowance.’ If we are all going to have to rein in our consumption, it sounds eminently fair to share out the misery equally. Moreover, fans of this idea would add a trading scheme so that people who don’t need their full emissions allowance can sell it to those who need more. That would create a transfer of wealth from the well-off – who drive a lot, have big homes to heat and like to go on foreign holidays – to poorer people who don’t enjoy such luxuries.

Of course, the reality is that it creates a powerful incentive for poorer people to restrict their lifestyles even more to help them make ends meet. In short, the wealthy would be less affected, at least in the short term, by this carbon rationing. It’s reminiscent of the Second World War, where the majority of the population had to make do with the dreary, wholemeal ‘National Loaf’ to survive, while no ration cards were required if you could afford to eat out.

The biggest stumbling block to such a system – at least from the point of view of climate obsessives – has always been to make it work in practice. A new paper in Nature Sustainability revisits the idea and argues that it looks a lot more practical now. In the past, the idea would be to have a personal account with a card to be handed over when purchasing fuel, for example, so the potential emissions could be deducted. Now, in the era of smartphone apps, the whole thing would be much easier, apparently.

The authors do at least acknowledge that a bit of tech and the application of artificial intelligence doesn’t solve the problem. There are other questions of fairness. For example, people who live in the countryside inevitably have to travel more by car. There simply isn’t the frequent and reliable public transport available in big cities. Should they be given a bigger allowance to compensate? There would be considerable haggling to be done to figure out who got to produce more CO2.

We’ve already seen these problems when it comes to large-scale ‘cap and trade’ schemes. Big producers of emissions, like oil companies and heavy industry, simply lobbied to be given generous emission allowances. In fact, so many permits were dished out to these companies that we had the embarrassing result of universities and hospitals buying permits from the biggest producers of greenhouse gases.

One of the biggest issues is privacy. Such a system would require intensive monitoring of our everyday lives, ticking off our every activity against a central ledger. Inevitably, the authors leverage the massive restrictions on our freedoms during the Covid lockdowns to argue, in effect, that, having been through that experience, people in many countries would be much more willing to accept the state using our data and controlling our lives in this way.

In truth, the idea of personal carbon allowances seems like an unwieldy and impractical mess. Thanks, but I would rather not have to spend my time calculating whether my carbon ration is going to stretch to another journey or having to turn my heating down to save on emissions. It’s bad enough juggling my finances without having to keep a track on my emissions, too.

Even then, the authors have to admit that it wouldn’t help with meeting the ‘net zero’ target that much. Most of society’s emissions aren’t related directly to households. But, they believe that the scheme would have as much ‘symbolic’ value as practical value. They also seem to be under the impression that there is ‘public demand for ambitious action’ on climate change. But time and again, opinion polls show climate change is well down our list of priorities. We’re more concerned with health, housing and jobs than with greenhouse gases. That would surely turn into outright opposition if and when policies really started to restrict our living standards and freedom.

But perhaps there is one benefit to such a scheme: it brings the brutal reality of eco-austerity into full view. Here’s your puny emissions allowance – and it’s going to be cut, every year, until it reaches zero.

I’ve no doubt that a warming world will bring problems, but suppressing consumption is not the way to deal with them. We need to adapt to higher temperatures and use new low-carbon technologies to cut emissions without restricting our lives. That takes research and development for new power sources and investment in infrastructure, not a nagging smartphone app telling us what we can and cannot do.

It is testament to the poverty of environmentalism that the idea of personal carbon allowances – a fancy name for rationing – keeps getting recycled.