‘Worst player on the pitch’: Fans fear for Harry Kane after woeful showing in England’s Euro 2020 draw with Scotland 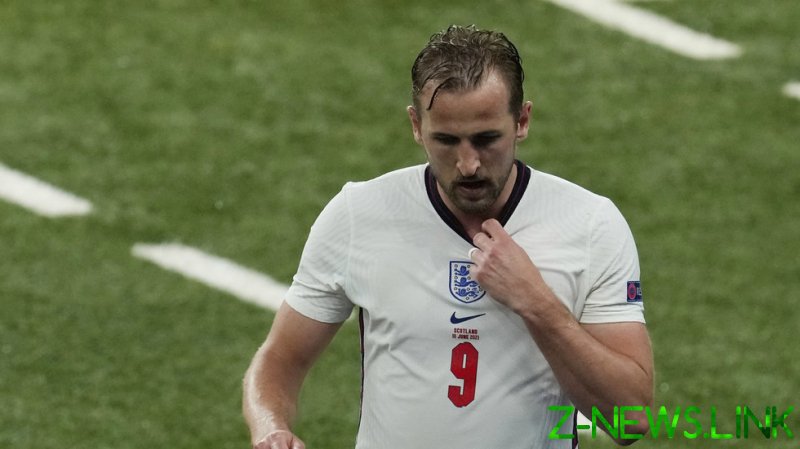 Kane was substituted in the 74th minute and replaced by Marcus Rashford, as the Three Lions skipper labored for most of the match and failed to manage a single effort on target.

The limp showing was the second from Kane at this summer’s Euros, after he was also disappointing in the opening game victory over Croatia.

England looked flat across the park against a fired-up Scotland, who ended the game with more efforts on target than the hosts, on a damp night at Wembley.

Much of the reaction online focused on Kane, who had been expected to be his team’s main goal threat this summer, just as he was at the World Cup three years ago.

“Kane is the worst player on the pitch,” wrote one fan scathingly.

“Kane wants to leave Spurs so badly, he’s driving his own price down,” added another, referring to the England man’s desire to leave his club this summer.

It wasn’t just Kane who was coming in for flak. England manager Gareth Southgate was accused of getting his tactics wrong by deploying both Declan Rice and Kalvin Phillips in what looked like deep-lying positions.

That meant a lack of creativity moving forward, with an increasing clamor from fans to see Aston Villa playmaker Jack Grealish, who was finally introduced for the disappointing Phil Foden in the 63rd minute.

Even that failed to spark England, as Scotland claimed a deserved point in what was the 115th meeting between the two nations.

The first half had seen England almost take the lead after 10 minutes, as centre-half John Stones headed against the post. The Manchester City player really should have done better.

But Scotland were fired up and far more energetic, with Chelsea youngster Billy Gilmour catching the eye in midfield in particular.

After Kane looked badly out of sorts in the first half, he wasn’t much better in the second, and scuffed a shot that was blocked by Grant Hanley.

Despite Kane’s struggles, some refused to blame the Spurs striker, saying it was an issue of service to him from elsewhere on the pitch.

“Harry Kane will get more criticism, but the service into him was almost non-existent,” wrote Spurs reporter Alasdair Gold.

“England completely lacking in creativity and a willingness to take risks.”

Former England and Liverpool defender Jamie Carragher also defended the 27-year-old, who ended the Premier League season as top scorer, with 23 goals, and top of the pile in terms of assists, with 14.

“Not creating chances for Kane is about others, not him,”  Carragher tweeted.

“The problem in the two games is he doesn’t look fit or he’s tired at the end of a season.

“I said this after the Croatia game & got a bit of stick but it was the same tonight. Can’t wait for all the Kane pieces!”

With Kane off the pitch, England pressed towards the end of the game, but were also fortunate not to go behind, especially when Che Adams slashed the ball wide when well placed, inside the final 15 minutes.

Three Lions defender Reece James was also called on to head the ball off his line, as Lyndon Dykes sent an effort goalwards and England lived dangerously. 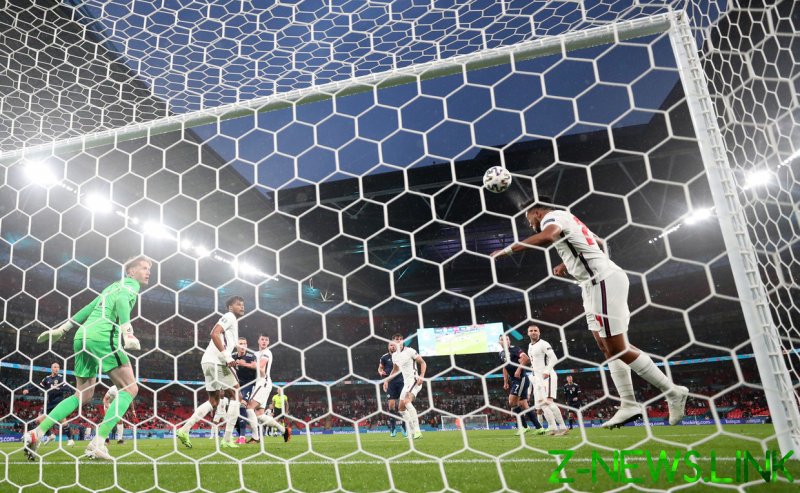 Reece James was called on to save his team. © Reuters

The 0-0 result means England are still well placed to qualify for the knockout stages as they head into their final Group D game against the Czech Republic at Wembley on Tuesday.

Like England, the Czechs are also on four points from their opening two games, after a 1-1 draw with Croatia in Glasgow earlier on Friday.

Scotland’s draw at Wembley meant they picked up their first point of the tournament, following their opening game defeat to the Czechs.

The Scots now find themselves level with Croatia, whom they meet in their last group game at Hampden Park. Both teams will be in search of the win that could see them sneak into the knockout stages.

For England, though, their status as among the pre-tournament favourites will have been dented by a meek showing – and the fact that Kane appears to be struggling so badly will delight their rivals, but equally fill Three Lions fans with fear. 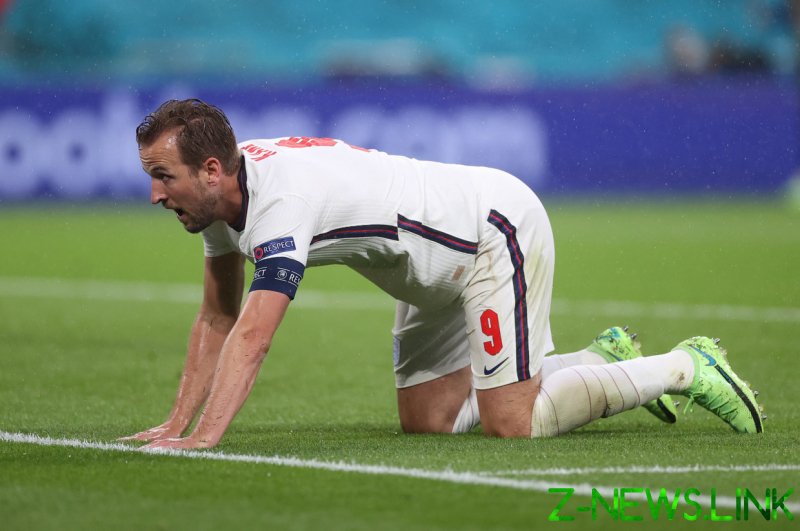