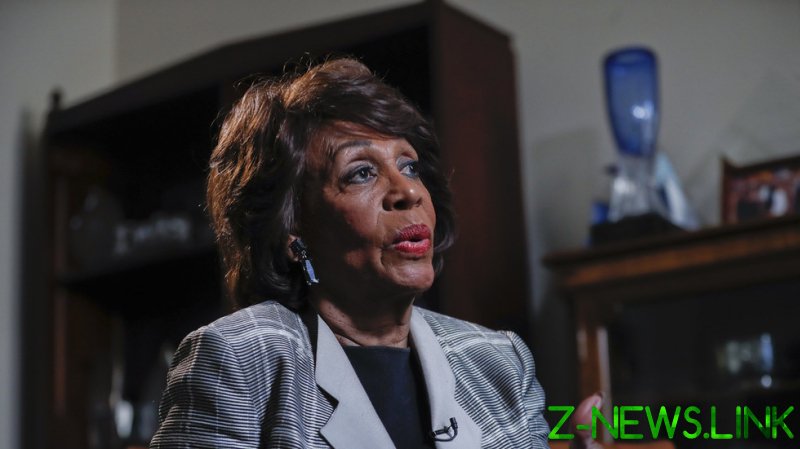 Speaking at a gathering outside the US Capitol on Wednesday, Waters demanded asylum for over 14,000 Haitians that have illegally crossed the US-Mexican border in Del Rio, Texas.

“What we witnessed takes us back hundreds of years… worse than what we witnessed in slavery,” said Waters. “Cowboys with their reins in hand whipping black people, Haitians, into the water where they’re scrambling and falling down and all they’re trying to do is escape the violence in their country.”

“I wanna know in the first place who’s paying these cowboys to do this work. They’ve got to be gotten rid of,” the chair of the House Committee on Financial Services added. “They’re trying to take us back to slavery days, and worse than that.”

Earlier this week, a Democrat activist claimed that the mounted Border Patrol agents were using “whips” on the migrants crossing the Rio Grande, stirring outrage in the media and on Capitol Hill.

Even though Homeland Security Secretary Alejandro Mayorkas pointed out that the agents had no whips but were using horse reins, he said the DHS would “investigate the facts” of the case. Border Patrol officials said that agents sometimes spin the reins in a crowd-control effort, but that at no point did anyone get struck.

That has not stopped Waters from claiming the agents’ behavior was racist and worse than slavery, however. In a statement on Tuesday, the African-American congresswoman also claimed the images show “unconscionable attack by United States border agents on helpless Haitian migrants,” who were only trying to seek shelter in the US from the earthquake and political turmoil in their Caribbean island nation.

According to news reporters on the border, however, few migrants that have crossed into Del Rio over the past week came directly from Haiti. One of them found dozens of identification cards from Chile and Brazil, discarded by the migrants on the Mexican side of the border, so they could claim asylum when they crossed over into the US.

The Biden administration has officially told migrants not to come and that the border was closed. However, only a fraction of the migrants have been deported back to Haiti, and the vast majority are being released with notices to show up for asylum hearings, then bused or flown into the interior of the US.

One group being transported to a processing facility in Brownsville took over the Border Patrol bus on Monday afternoon and attempted to flee, according to local authorities.

Over a million migrants have crossed the US-Mexico border illegally since Joe Biden was sworn in as president in January. The new administration swiftly dismantled its predecessor’s immigration policies, but denied that this had anything to do with the border surge and refused to call it a crisis.