Worse than beasts: Kiev outraged by the brutal amusements of local hunters 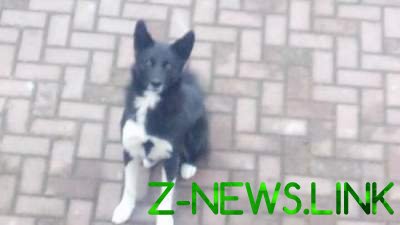 Social networks angered the Rangers, who shot the dog for fun.

In one of the settlements Peremyshlanska district, Kyiv region huntsmen entertainment shot the dog. This is stated in the text of the message, which was published on the community page in the social network dtp.kiev.ua.

It is noted that the incident occurred last week Friday, November 10, in the village of sukhodil Peremyshlanska district of Kyiv region.

In particular, among the group of hunters was a man named Jaroslav Chulim, which for the purpose of entertainment was to shoot at the dog. Huntsman tried to get into his head, but missed, and shot the animal, the lower jaw, after which he died from loss of blood.

Thus, it should be noted that the dog had the nickname Chuck was a full-fledged member of the family, and her loss was to them a great injury.

“This information needs to gain a lot of publicity and public control, that the murderer was punished,” – stated in the message text.

It is worth noting that residents of the Kiev region sharply negatively reacted to the incident: “People are worse than any creature! Why so much cruelty… I don’t understand”, “If we all know this monster why in the beginning not to start formal action,” “the foresters, huntsmen. Them EN masse to check out a psychiatrist. And it should be the norm every year. Tomorrow people will be under the gun for fun”, “What kind of nonsense we have going on, who he wants, he then makes”.