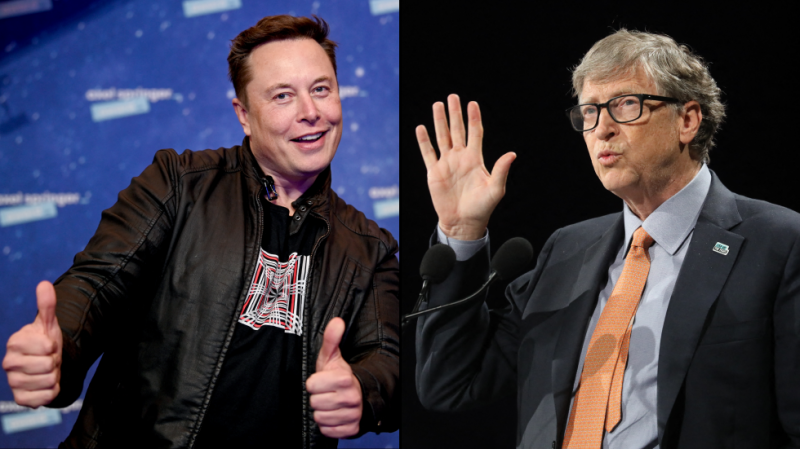 The Microsoft co-founder, who boasts the third-largest fortune in the world and calls himself a “bitcoin skeptic,” took on the world’s most popular cryptocurrency several times this week. In one of his recent chats on the popular Clubhouse app, he pointed out that the production of bitcoin is harmful to the environment. “Bitcoin uses more electricity per transaction than any other method known to mankind,” Gates said.

The statement came around two weeks after researchers at the University of Cambridge found that bitcoin mining consumes more electricity than some countries do – for example, Argentina.

As the token started to tumble this week, Gates said in an interview with Bloomberg that, while price fluctuations might not be a concern for the likes of the “sophisticated” and wealthy Tesla CEO, the risks would be worrisome for other people. “I do think people get bought into these manias who may not have as much money to spare. My general thought would be that if you have less money than Elon, you should probably watch out,” he said.

This week saw a halt to bitcoin’s record rally, as it plunged from a near-record $58,000 to its current level of around $47,300, according to data from CoinDesk.

Meanwhile, Musk has been actively promoting the use of bitcoin, predicting it could soon win wider recognition. His company, Tesla, recently piled $1.5 billion into the cryptocurrency and explored the option of accepting the token as payment. Despite defining the move as “adventurous,” he still believes investing in bitcoin is less “dumb” than investing in fiat money, he has said.

Musk has also been busy tweeting about another token, the joke cryptocurrency dogecoin, triggering another trading frenzy. One of his recent tweets included an image of the coin’s mascot, the meme-famous Shiba Inu, standing on the Moon. However, those dogecoin-related tweets have reportedly triggered an investigation by the US Securities and Exchange Commission (SEC). Musk is no stranger to drawing the ire of the regulators – in 2018, the SEC filed a lawsuit against him after he announced he had secured funding to take Tesla private.