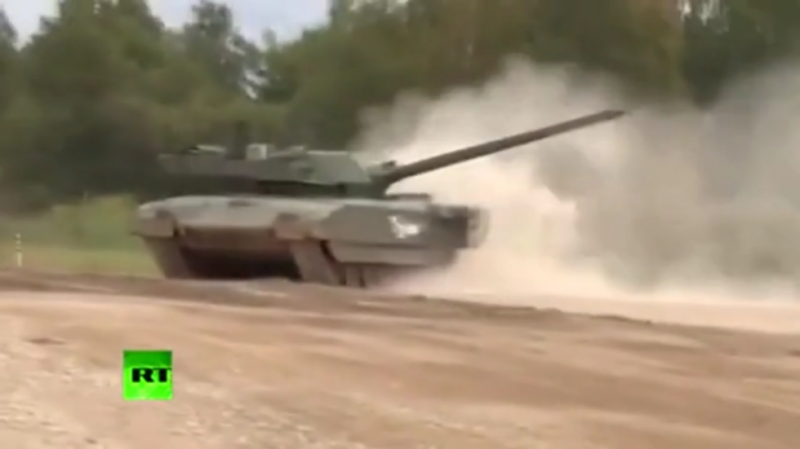 “Serial deliveries of the T-14 Armata tank will begin in 2021,” Chemezov announced. “This is, undoubtedly, the world’s best tank today. In the future, this vehicle will become the main battle tank in the Russian Army.”

The T-14 has already been praised by foreign countries, with a UK military intelligence report in 2016 calling it “the most revolutionary step change in tank design in the last half-century.”

The tank will also be for sale to foreign countries, with Rostec planning to display it at exhibitions worldwide following the end of Covid-19 restrictions.

While there will also be an uncrewed version of the tank, the mass-produced manned versions will also have a lot of automation.

“The Armata crew does not need to aim accurately. It only has to aim the gun roughly,” Chemezov explained. “Electronics will do all the rest: it will accurately determine the distance to the target and aim the gun at it.”

First revealed in 2015 at the Moscow Victory Day parade, the T-14 is said to be able to withstand fire from all modern tank and anti-tank turrets as well as anti-tank missiles and other munitions.

The tank was designed by Uralvagonzavod, one of the main military-industrial complexes in Russia, which has been under US sanctions since 2014.