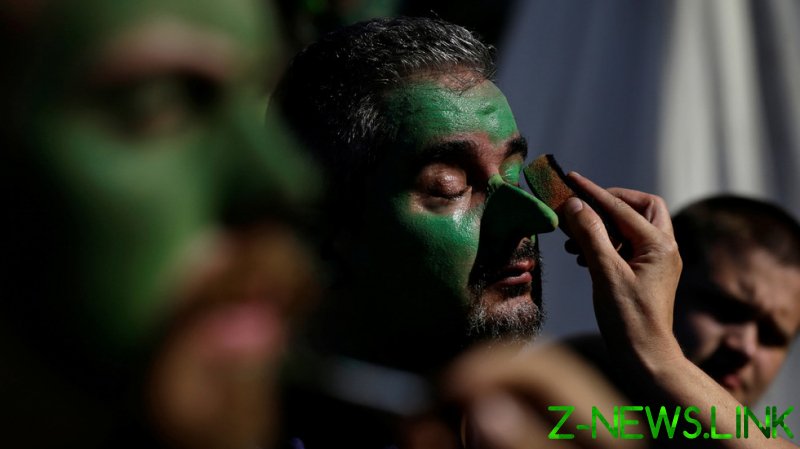 In the universe of World of Warcraft, the Battle for Stromgarde pitted Danath Trollbane’s human warriors against a band of orcs led by Eitrigg. Before both sides knocked lumps out of each other, Trollbane taunted his opponent with the racially-charged (at least in this fantasy world) insult “greenskin.”

However, the latest update to the game, released last week, has apparently removed the orcophobic epithet.

Blizzard has not commented on the removal of the word, but some fans have speculated that the company did so in a bid to cleanse its fantasy world of racism.

Others suggested that the word could have been causing Blizzard copyright trouble, since it’s also used as an insult for orcs in Games Workshop’s ‘Warhammer’ world.

And some others saw the woke move as a ploy by Blizzard to distract customers from a recent lawsuit detailing claims about culture of sexual harassment and abuse at the developer’s California office, which allegedly led one female employee to commit suicide.

If Blizzard scrubbed the word “greenskin” due to concerns of anti-orc bigotry, they wouldn’t be the first fantasy developers to do so. Wizards of the Coast, the company responsible for the beloved Dungeons & Dragons, promised last year to bring in “sensitivity readers” and release new books portraying orcs and drow (a race of dark-skinned elves) as the “morally and culturally complex” creatures they are, rather than the usual ugly baddies.