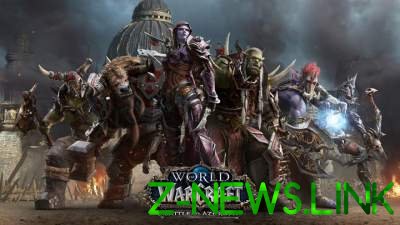 Porting DirectX 12 will not be limited only to the popular MMORPG.

Last year, Blizzard Entertainment has given the World of Warcraft support for API DirectX 12, which significantly improved game performance on current graphics cards. Perhaps the only drawback of this innovation is that it was addressed only to users Windows 10. Mentioned graphics API, as you know, is only supported with this operating system.

Microsoft has listened to the requests of players, and Blizzard decided to add support for DirectX 12 for World of Warcraft in Windows 7, which despite its respectable age is still installed on a huge number of computers. More specifically, Redmond talking about porting libraries User Mode D3D12 Runtime on the old OS. Users of “seven” can enable DirectX 12 in World of Warcraft since patch 8.1.5.

See also:  In the Network appeared the first teaser of the new Nissan Leaf

Importantly, support for DX12 on Windows 7 will not be exclusive “trick” to the popular MMORPG. As noted by Microsoft, the company’s specialists help several video game developers to tailor their projects with the above mentioned APIs under a long-familiar operating system. However, to fully uncover the capabilities of DirectX 12 remodece recommend to install Windows 10 on which low-level graphics API work more efficiently.