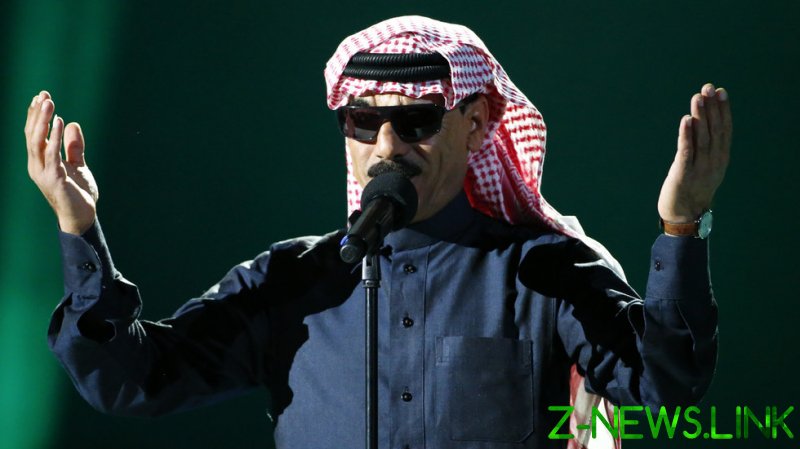 Souleyman was brought in for questioning on Wednesday, with officers also searching through his home in Turkey’s southeastern province of Sanliurfa, the singer’s manager said.

The arrest was likely provoked by recent reports that the musician had traveled to an area in Syria controlled by the Kurdish militias known as the YPG, he added.

The YPG have been US allies in the fight against Islamic State (IS, formerly ISIS), but Turkey considers them to be an extension of the Kurdistan Workers’ Party (PKK) and a threat to its national security.

For decades, the Workers’ Party has been fighting Turkish troops in the southeast of the country, striving for greater autonomy for the Kurdish population.

Souleyman’s son denied his father’s alleged terrorist links, saying he didn’t have any political affiliation and had become the victim of a “malicious report.” Some media outlets claimed the musician could be released from custody later on Thursday.

Coming from Syria’s majority-Kurdish province of Hasekeh, Souleyman had been known as a prolific wedding performer in his home country. But his international career skyrocketed after he moved to Turkey a decade ago, fleeing the Syrian conflict. The 55-year-old’s clips, including his top hit ‘Warni Warni’, have garnered millions of views on YouTube. He performed at the Nobel Peace Prize ceremony in 2013, as well as at many large festivals around the globe.

His unique style, which is based on mixing traditional Middle Eastern folk music with electronic sound, has attracted the attention of such stars as Bjork, Four Tet, Damon Albarn, and Diplo, who have all collaborated with Souleyman.