Home / WORLD / ‘Workers have no interest in war with China’: Australian trade unions slam nuclear submarine deal with US & UK

‘Workers have no interest in war with China’: Australian trade unions slam nuclear submarine deal with US & UK 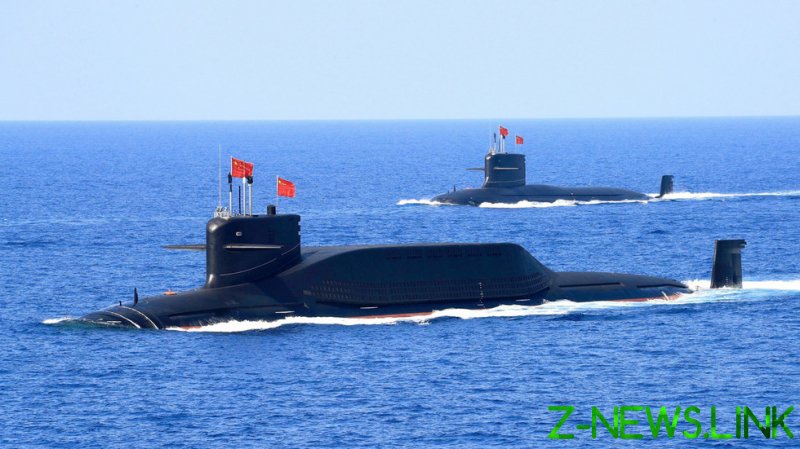 Since its announcement a week ago, the trilateral deal to provide Australia with nuclear-powered, yet conventionally armed, submarines has faced a wave of international condemnation. France, which lost a hefty $66 billion contract for diesel-electric subs with Canberra because of the move, labeled it “a stab in the back” and recalled its ambassadors from Australia and the US. China blamed Washington, London and Canberra for the “Cold War mentality” as AUKUS is widely seen as an attempt to counter Beijing’s growing influence in the Indo-Pacific. Russia warned that the pact may well end up putting “the entire security architecture in Asia” under threat.

But it turns out that many inside Australia are also unhappy with AUKUS as two of the country’s major trade unions had some harsh words to say about the pact and Aussie PM Scott Morrison for deciding to join it.

The Maritime Union of Australia (MUA), which covers waterside and port workers, seafarers and professional divers, said it was in “total opposition” to the “reckless” agreement achieved between the US, UK and Australia.

With the Covid-19 pandemic underway, Morrison should’ve focused on securing vaccine supplies and helping Australians affected by the lockdown, instead of “pursuing secret military deals,” the MUA argued in a statement.

The AUKUS pact “will continue to escalate unnecessary conflict with China,” the union warned, insisting that its announcement already resulted in “seafarers stranded on coal ships and some trades shut down.”

It expressed fear that the deal could push the Australian government toward trying to obtain nuclear arms. “The submarines will use highly enriched uranium ideal for nuclear weapons,” the union said.

The MUA also pointed out that “extraordinary sums of money have been wasted” on the canceled contract with France, and the delivery of nuclear submarines will likely cost the country much more than that.

A similar stance was voiced by the Electrical Trades Union of Australia (ETU), which described Canberra’s decision to join AUKUS as a “betrayal.”

“It is dangerous and delusional to rely on nuclear submarines for our defense,” Wright insisted, also demanding an answer from Morrison as to where he plans to store the spent fuel rods from the nuclear submarines.

With Australia not having the technology to build nuclear subs on its own, it would have to rely on supplies from abroad, which would only jeopardize the country’s “sovereign capability,” he pointed out.

Too many questions about the AUKUS pact currently remain unanswered, Wright said, insisting that the prime minister shouldn’t make “such dangerous decisions on our behalf.”