‘Won’t go back into the building’: Reporters who ‘SURVIVED’ Capitol riot mocked as Vice says they’re still struggling with trauma 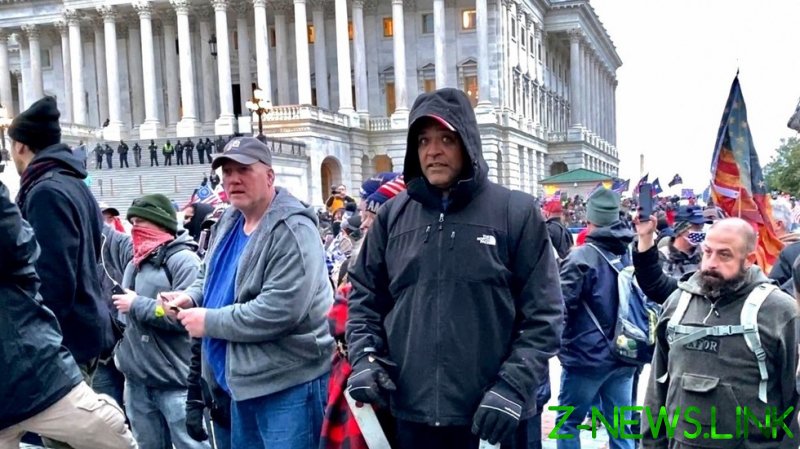 In fact, Tuesday’s Vice article said, some of the reporters who “survived” the riot still won’t even go back into the Capitol to do their jobs, despite the fact they continue to cover Congress. “One longtime Capitol Hill reporter opted for early retirement shortly after living through the riot,” the media outlet said.

Bloomberg News reporter Erik Wasson told Vice that he’s suffering from symptoms of post-traumatic stress disorder, and he fears that such an incident will happen again. “It feels like one of those horror movies, like the end of ‘Jaws,’” he said. “Everything feels copacetic on the beach, but you wonder if there’s anything out there.”

The story’s underlying theme, of course, was the evil of Republicans. As shaken as he was by the scary sounds and scenes of the riot, one reporter was even more stunned by the fact that many House Republicans dared to vote against certifying President Joe Biden’s election victories in two states – even after the Capitol breach, as if the day’s events should have nullified their concerns over alleged fraud. Another said he won’t interview Senator Josh Hawley (R-Missouri) again because in light of the lawmaker’s challenging of Biden’s win, “I don’t give a f**k about what your thoughts are on tech s**t anymore.” Still others are disgusted when they hear Republicans “push lies” that “antifa” (lowercase) or the FBI stirred the “insurrection.”

Russiagate conspiracy theorist Brian Stelter, chief media critic at CNN, was so touched by Vice’s dramatic and harrowing tale that he wished he had thought to write it first. But other observers weren’t nearly as moved.

Independent journalist Glenn Greenwald was among many commenters on Twitter who questioned what would happen to the delicate Capitol press corps if they had to report from war zones or “stand down authoritarian governments trying to imprison them.” He added, “Also wonder if they ever take a few seconds to compare their ‘trauma’ to Julian Assange’s.”

Washington Times reporter Mike Glenn said, “I’ve had to listen to those ‘war stories’ from journos and I was like, ‘Dial it down, Audie Murphy. It wasn’t the Battle of the Bulge.’”

Vice noted that Bloomberg’s Wasson had a gun pointed at him by a Cambodian soldier when he worked overseas, “but this [the riot] was different.”

After the scary Capitol breach, Wasson researched riot-survival techniques, including how to use a metal pen as a weapon. He said he was more scared going back to the Capitol for Biden’s January 20 inauguration – despite the presence of 26,000 National Guard troops – than during the riot itself.

Media outlets have portrayed the riot as having killed five people, and initial reports by CNN and others falsely said that supporters of former President Donald Trump had bludgeoned a police officer to death. The officer, Brian Sicknick, died of natural causes, a long-delayed autopsy showed, and three of the people who died during the riot were Trump supporters who succumbed to medical conditions, including heart attack. The only person who was killed was Trump supporter Ashli Babbitt, who was shot by an unidentified police officer.

Four people have been charged with offenses targeting media members during the riot, including taking and destroying camera equipment. Some election-fraud protesters reportedly yelled and spat at reporters. Other alleged offenses included the tackling of a cameraman and taunting and pushing of a New York Times photographer.

Social media users argued that like the riot itself, the suffering of reporters is being overblown. “The reporters who survived are struggling?” one commenter tweeted. “I wonder what correspondents from World War II would think.”

Journalist Michael Tracey said that by being declared a “survivor,” any reporter who was at the Capitol on January 6 has new privilege, as it “helpfully means that your arguments can never be challenged, lest that compound the ‘trauma’ you claim you suffered.”