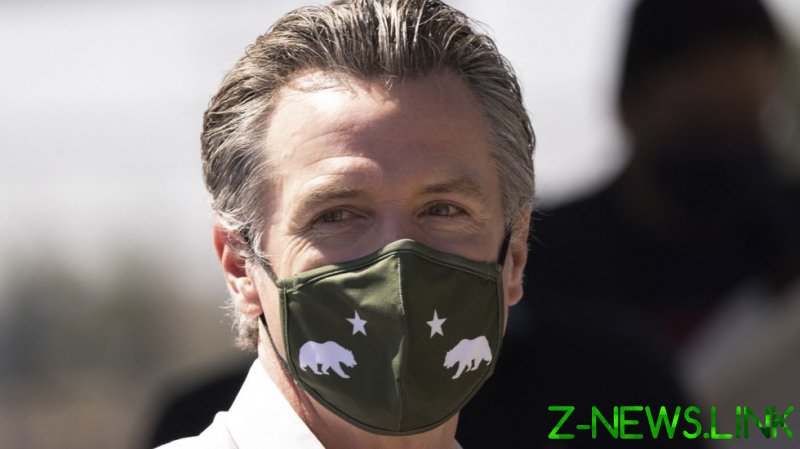 Californians will go to the polls in just over a week to vote on recalling Newsom from the Governor’s Mansion in Sacramento over his handling of taxes, housing costs, homelessness and Covid-19. Should Newsom be recalled, Larry Elder, a black conservative talk show host and supporter of former President Donald Trump, is leading a pack of more than 40 candidates looking to replace the Democratic governor.

Newsom isn’t going down without a fight, and in recent weeks he’s pumped out millions of dollars worth of attack ads against Elder and his closest rivals, and leaned on his Washington connections to rally his liberal base. Sen. Elizabeth Warren stumped for Newsom in Los Angeles on Saturday, but her message – that Elder would roll back the state’s pro-LGBT, pro-abortion policies ​​– was overshadowed by Newsom’s own demeanor.

“I don’t know if you’ve seen Senator Warren cross-examine folks on Wall Street,” Newsom asked the crowd, before answering “apparently Larry Elder has not,” rocking back and forth and twitching as his voice cracked.

Clips of Newsom’s speech were picked apart on Twitter, with his critics deducing that the governor seemed panicked.

“Desperate” or not, Newsom is hoping that a series of high-profile endorsements will help him remain in office. He is due to appear on Sunday with Minnesota Senator Amy Klobuchar, while President Joe Biden and Vice President Kamala Harris are also set to campaign alongside him ahead of the September 14 vote.

For Biden and Harris, Newsom’s fate is tied to their own. Should Elder succeed Newsom and 88-year-old California Senator Dianne Feinstein step down or fall ill, he told conservative talk show host Mark Levin earlier this week that he would replace her with a Republican. Such a move would tip the balance of power in the Senate back in favor of the GOP and threaten Biden and Harris’ legislative agenda.

“I’m told she’s in worse mental condition than Joe Biden,” Elder told Levin. “They’re afraid I’m going to replace her with a Republican, which I most certainly would do, and that would be an earthquake in Washington, DC.”

For a Trump-supporting Republican to win in liberal California would normally be the stuff of fantasy in a state with twice as many Democratic voters as Republican ones. However, if a simple majority votes to oust Newsom, the top candidate among more than 40 challengers will win. A sufficiently galvanized base of conservatives could therefore push Elder over the edge, despite a lack of statewide support for the GOP.

However, Elder faces an uphill battle. Despite being the clear favorite to replace Newsom, a majority of voters seem intent on keeping the Democrat in office, according to recent polling. However, Newsom’s edge was within a margin of error throughout August, and the more Newsom criticized Elder – dubbing him “even more extreme than Trump in many respects,” the more Elder’s standing rose among Golden State conservatives.

Like Trump before him, Elder is likely banking on pulling off one of the most stunning political upsets in modern American history.