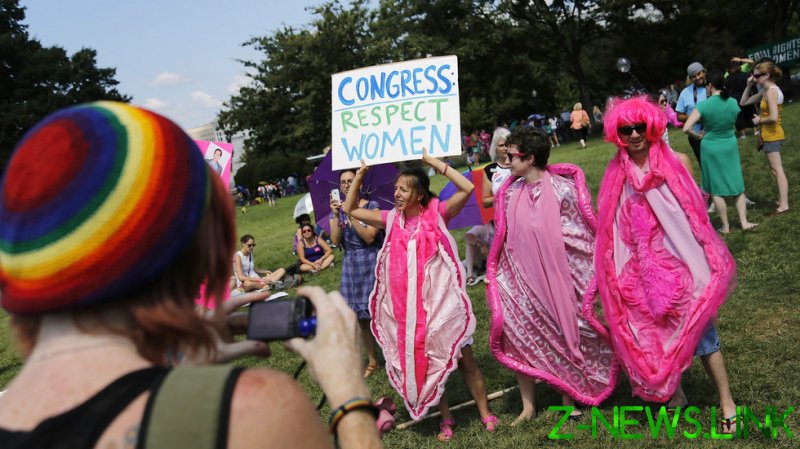 While linguistic gymnastics are nothing new in the woke fever-swamp Teen Vogue calls home – see CNN’s “individuals with a cervix” or Pantone’s “people who menstruate” – this unusual construction was too much for some.

Many pointed out that despite Teen Vogue’s supposed bid to empower readers, identifying women (or anyone else) by their body parts was actually dehumanizing.

Others had some fun with the concept of “vagina-shopping.”

Though a few interpreted the article as a nod at Teen Vogue’s “real” audience – apparently, a bunch of pervy old men.

Several of Teen Vogue’s followers, however, thanked them for expanding their horizons in terms of both describing their body parts and explaining how to use them.

Celebrities like Harry Potter author J.K. Rowling have ended up in the digital doghouse for daring to use simplified, easily-understood terms like “women” to refer to “vagina owners” in the past.