Home / WORLD / Women are being attacked, sacked and threatened with jail simply for pointing out that you cannot change your biological sex

Women are being attacked, sacked and threatened with jail simply for pointing out that you cannot change your biological sex 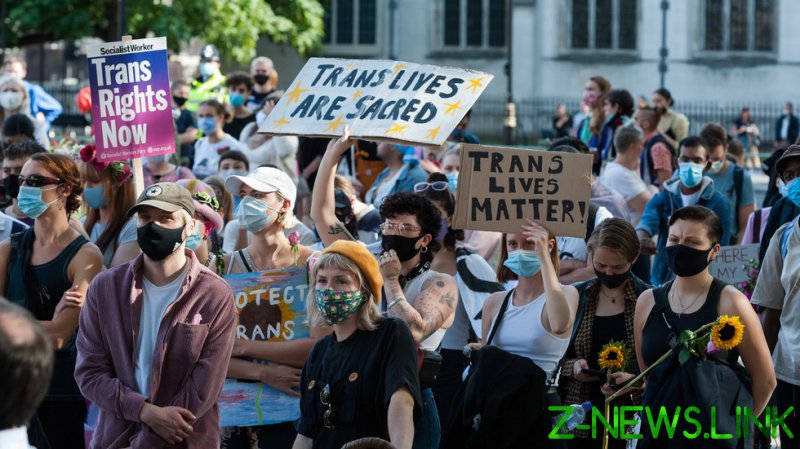 A Scottish feminist campaigner, Marion Millar, had been charged with hate crimes for alleged homophobic and transphobic posts on Twitter. The case seems bizarre. Millar is a 50-year-old mother of autistic twins and runs an accountancy business. She’s also a feminist campaigner and, along with many other Scottish feminists, has been tweeting under the hashtag #WomenWontWheesht (Women won’t shut up).

Millar has been unrepentant in calling out “predatory” men who, she argues, are claiming to be women, while also saying she “support transsexuals absolutely.” In other words, she is not anti-trans, but is extremely worried about the most aggressive trans activists and the idea that someone can simply declare themselves to be a woman, something that could threaten women-only spaces.

According to blogger Lily Maynard, on April 28, Millar was contacted by local police and told that she would need to attend her local police station to be interviewed under the Malicious Communications Act (MCA). She was told she would have to place her children with social services while she was interviewed. After another cancelled appointment, she was interviewed on June 3, after which she was charged. If she is convicted, she could face up to six months in prison.

One of the apparently offensive tweets from Millar was of a photograph of a ribbon – in the Suffragette colours of green, white and purple – tied to a fence outside the studios where the BBC soap opera River City is filmed. However, it seems that the ribbon was interpreted by someone as a noose, implying that the tweet was in fact a veiled threat.

Whatever happens with the case, it seems that a noisy critic of gender-identity politics has been placed in a very stressful situation with the threat of a prison sentence if convicted. This will surely make other women fearful of engaging in the debate about trans rights.

Another incident involves a law student at Abertay University in Dundee, Lisa Keogh. She has had to face a university misconduct case because some of her classmates complained about comments she made, including that “women are weaker than men” and “women are women because they have vaginas.” Keogh found out on Tuesday night that she had been cleared. But as she told BBC Woman’s Hour on Thursday, even though there would not now be any formal punishment from the university as such, “the investigation was a punishment.” Keogh worries that others will be deterred from expressing their opinions as a result.

This comes in the same week that Maya Forstater, a think-tank employee who was sacked for tweeting her view that people cannot change their sex, that “men cannot change into women,” won an employment tribunal appeal. She had claimed that her dismissal was discriminatory, but the original tribunal had ruled that her case was not covered by the Equality Act because her views did not have “the protected characteristic of philosophical belief.”

In the original judgement, the judge noted that it is “a core component of her belief that she will refer to a person by the sex she considered appropriate even if it violates their dignity and/or creates an intimidating, hostile, degrading, humiliating or offensive environment. The approach is not worthy of respect in a democratic society.” That is, to believe in the immutability of biological sex and act upon that belief is now indefensible. The appeal tribunal was clear that it was not ruling on whether Forstater was right or wrong, simply stating (the obvious, in my view) that it was a belief that “must be tolerated in a pluralist society.”

The trans debate is extremely heated, with trans campaigners demanding the right to self-identify as the gender they choose and to be treated exactly as if they would be if they were born as that sex. The oddity is that the vast majority of people, and indeed the law, act in a “live and let live” way. If someone wants to live as the opposite sex, then for the most part, they are allowed to do so and generally people act towards them in that way.

However, there are situations where this can be difficult. One is the question of women-only spaces. Should men who have not transitioned in a medical sense but choose to live as women really be allowed to access those spaces? To go into women’s toilets, dressing/changing rooms and refuges, for example?

Another is to do with sport: should people who were born and grew up as men be allowed to compete in sport as women when they may be at a very significant physical advantage? This isn’t simply a matter of women annoyed at losing to people who grew up as men. There is a serious risk of physical injury, too, yet objections are often overruled. Many women feel that their, often hard-won, rights are being erased in order to respect the feelings of trans people.

These are proper questions for debate. One side of the argument should not be shut down by trans activists taking advantage of the law to threaten their opponents. Indeed, what the hell are the authorities doing when they allow free debate to be undermined in this way?

There is a serious problem when those in a position of power lose the moral authority and capacity to say “No” to campaigners in these circumstances. The upshot of this loss of authority is, perversely, more authoritarianism: free speech is undermined, critics get cancelled, opponents face imprisonment. Open debate is surely a better solution than that.