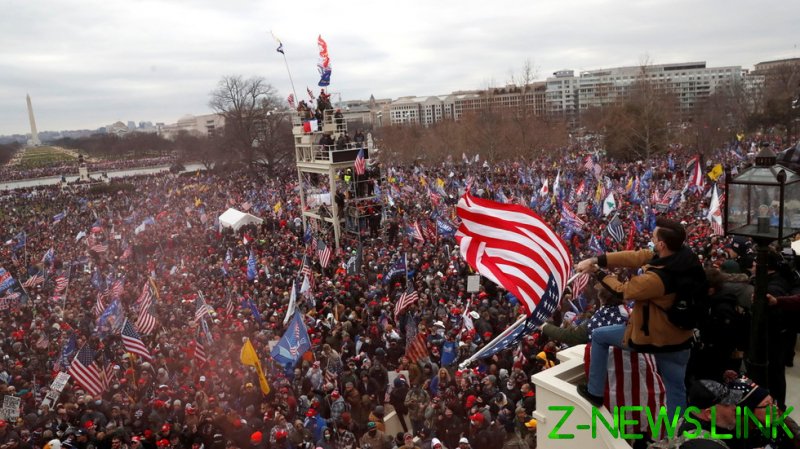 Northam said the curfew – limited to Alexandria and Arlington, both of which border Washington, DC – would extend into Thursday morning and was ordered at the request of the leaders of those towns. He also declared a state of emergency for all of Virginia, hours after the breach at the Capitol on Wednesday afternoon.

As a crowd of Trump supporters stormed the Capitol and attempted to breach the Senate chamber, a woman was shot in the chest, captured in shocking footage circulating online. She was seen leaving the building on a stretcher and was reportedly in critical condition, but later succumbed to her injuries, according to law enforcement sources cited by NBC News. Local police previously confirmed that an individual was shot, but offered no additional details on their condition.

The confrontation at the Capitol erupted after backers of President Trump gathered to protest the certification of Electoral College votes for the 2020 election, interrupting the process after only two states were tallied as the building was placed under lockdown. Trump and his allies maintain the presidential race was plagued by voter fraud and irregularities, and have called on Republican lawmakers, as well as Vice President Mike Pence, to challenge the count. However, the VP argued earlier on Wednesday that he lacks the authority to do so. It remains unclear when the vote-count will resume, with Congress now at recess following the explosion of unrest in the nation’s capital.