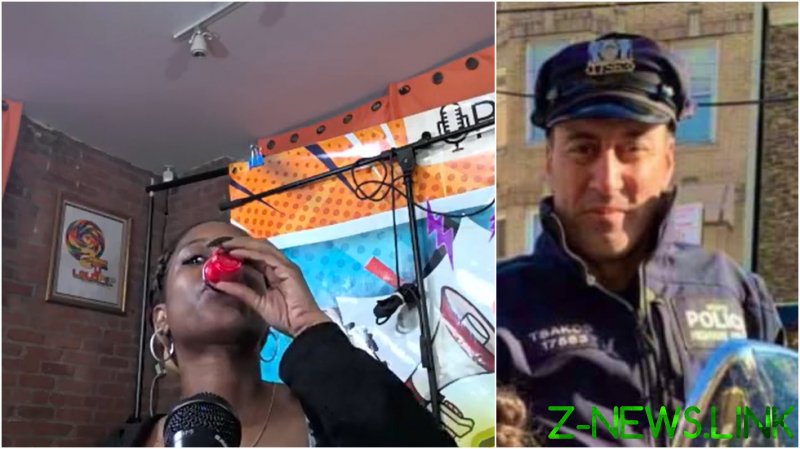 Jessica Beauvais, 32, was arrested early Tuesday morning after slamming her Volkswagen into NYPD Highway Officer Anastasios Tsakos, a 14-year veteran on the force. Tsakos later died of his injuries at New York-Presbyterian/Queens hospital.

At the time of the incident, Tsakos was redirecting traffic following another fatal car crash on the Long Island Expressway.

When Beauvais was stopped, she asked officers “What did I do?” adding “I heard a thump, I knew I hit something, but I didn’t know what it was,” according to the complaint. She was also reportedly combative with police, with Daily News sources quoting her as saying “F**k you. I don’t have to listen to you.”

During a news conference on Tuesday, Police Commissioner Dermot Shea argued that Beauvais was aware she had hit someone given the state of her vehicle after the incident, saying “I think when you see the images of her car and the windshield that was completely shattered and damaged, there was no way she didn’t know that she had struck an individual.”

In the hours before striking the 43-year-old officer, Beauvais recorded a nearly two-hour Facebook Live video for her podcast, Face Reality Radio, where she spoke at length about the murder trial of Derek Chauvin, the ex-Minneapolis cop convicted earlier this month for the death of suspect George Floyd. During the podcast, she is seen drinking an unknown liquid out of a shot glass, at some points appearing to chase it down with another beverage. As she closed out the episode, she is also heard saying “f**k the police.”

However, the woman struck a much different tone on Tuesday afternoon, apologizing to news crews as she was led away from a Queens police precinct in handcuffs.

“I’m sorry. I’m sorry that I hit him and he’s dead. I didn’t mean to. I’m sorry,” Beauvais said through sobs, apparently still wearing the same clothes seen in the livestream.

Originally from Raleigh, North Carolina, Beauvais’ license was suspended in 2019 over a failure to pay fees to the Department of Motor Vehicles, the Daily News reported. A previous criminal complaint dating back to 2015 noted she had been arrested for the same issue before, and that her driver’s license had been suspended on at least two other occasions.

She was remanded to custody without bail during her arraignment on Tuesday night, with her next hearing set for April 30.