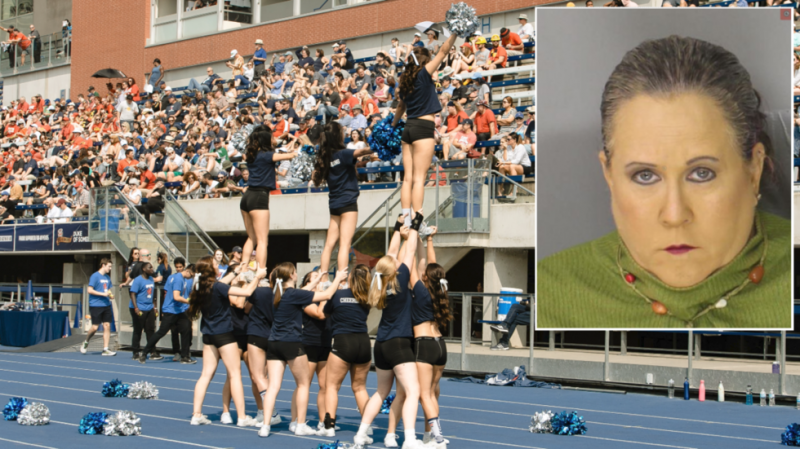 The deepfake photos and video, digitally manipulated media which superimposes one person’s face on the body of another, depicted the teenage girls naked, drinking and smoking.

Raffaela Spone, 50, reportedly sent the fake content to the rival girls’ coaches in a bid to have them kicked off the cheerleading team, the Victory Vipers. She also reportedly sent anonymous messages to at least three of her daughter’s teammates urging them to kill themselves.

According to Hilltown Township Police Department, Spone was released pending a preliminary hearing on March 30. Her daughter appears to have been unaware, according to court records.

The girls received the horrific messages from an anonymous number which police tracked to a website which sells numbers for use by telemarketers.

The number itself led them to an IP address at Spone’s home. Detectives then discovered evidence on Spone’s smartphone that she was behind the deepfakes.

According to one of the girls’ father, the group had a falling out and they were encouraged to stop socializing with Spone’s daughter amid concerns over her behavior.

“I don’t know what would push her to this point,” father George Ratel said. “As a dad I was pretty upset about it. It’s an image put out there of my daughter that is simply not true.”

For its part, the Victory Vipers has said it has a “very strict anti-bullying policy,” adding that “all athletes involved are no longer a part of our program.”