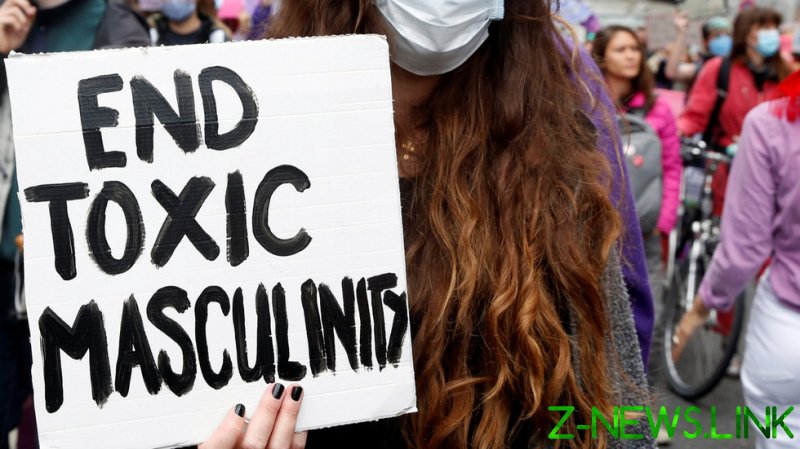 ‘Titania McGrath’ doesn’t exist, and is a creation of Spiked columnist Andrew Doyle. Yet her Twitter account, which parodies and ridicules modern society’s obsession with political correctness, has fooled the unaware before, even earning a ban from Twitter after a biting send-up of critical theory in which she argued doctors were “bullying and dehumanizing” sick people – i.e. “those who do not conform to their perceptions of “‘wellness’” – and thus medical science should be banned as an oppressive, cisnormative, patriarchal construct.

While her satirical posts often imitated the most ridiculous declarations of the woke, they were never meant to be taken as an instruction manual. Yet, she now says that’s exactly what happened, crediting herself with the ideas that progressive organizations and media outlets apparently embraced well after her tweets describing them – and this time it might not even be satire.

“On 22 December 2018, I called for biological sex to be removed from birth certificates,” McGrath tweeted on Friday. On Thursday, the New England Journal of Medicine actually suggested doing the same, leading some commenters to wonder if the prestigious medical journal had fallen victim to a prank.

Unfortunately it hadn’t, and was deadly serious. But it was far from the only outlet to “parrot” Titania’s woke ideas.

Last year, McGrath suggested that white parents who want to prove they’re not racist should “send your teenage daughters on unaccompanied walking holidays in the tribal regions of North Pakistan,” areas hardly known for their enlightened view of women.

Just over a week later, Forbes Magazine “concurred,” publishing an article explaining “why Pakistan should be on every solo female traveler’s bucket list.”

McGrath described the skyscraper in 2019 as “a giant cock on the horizon, f**king the heavens.” A year later, the Guardian ran an article calling the modern city “sexist,” complete with “upward-thrusting buildings ejaculating into the sky.”

Perhaps most ridiculously, McGrath singled out Helen Keller for her “staggering” white privilege in 2019. Just this week, Time Magazine agreed, writing that to some black activists, Keller was “just another, despite disabilities, privileged white person.”

All of this begs the question, are the wokest, most liberal activists and journalists looking to McGrath’s account for inspiration?

It’s more likely that in the aftermath of every major civil rights battle having already been won, the fights picked by the woke in 2020 often cross over the line separating satire from reality. And with that line becoming ever more blurred, some commenters under McGrath’s Twitter thread were still fooled.

“Satire doesn’t stand a chance against reality anymore,” American cartoonist Jules Feiffer famously said in 1959. One wonders what he makes of the likes of Titania McGrath.