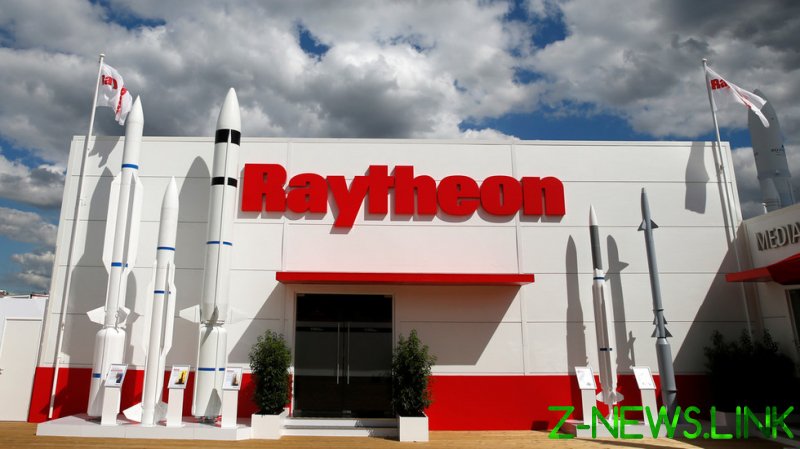 On Tuesday, researcher Christopher Rufo published screenshots of documents he obtained from inside Raytheon, with details of their “anti-racist” campaign. Dubbed ‘Stronger Together’ – same as Democrat Hillary Clinton’s 2016 campaign slogan – it was reportedly launched by CEO Greg Hayes last year, amid the riots following the death of George Floyd in Minnesota.

The program is centered around critical race theory, and specifically the concept of “intersectionality” that divides everyone into identity groups within a hierarchy of oppression, Rufo writes.

According to the documents, Raytheon’s white, straight, Christian employees are asked to deconstruct their identities as being on top of the oppression hierarchy and “step aside” for minorities. Employees are told to “identify everyone’s race” during workplace conversations, with whites ordered to “listen to the experiences” of “marginalized” identity groups and defer to them in meetings or calls “even if it means silencing yourself.”

Employees are explicitly told to oppose equality – treating everyone the same – and embrace “equity,” which “focuses on the equality of the outcome.”

Recommended resources feature the Washington Post and Black Lives Matter videos about what “defund the police” really means; orders to “decolonize your bookshelf” and “participate in reparations”; and find or start a “white space” to talk about white biases.

Rufo, a Seattle-based researcher, has been on a warpath against critical race theory in the US since last year, when he first posted documents leaked by whistleblowers about CRT training at the Treasury Department and Sandia National Laboratories, among others. His efforts inspired the Trump administration’s ban on CRT – which was among the first things revoked by the new Biden administration in January.

Raytheon has 180,000 employees and is one of the biggest players in the US military-industrial complex. Current Defense Secretary Lloyd Austin, a retired Army general, served on their board of directors between 2016 and his nomination in January. His immediate predecessor, Mark Esper, worked as Raytheon’s top lobbyist in Washington prior to joining the Trump administration in 2017.

Just last week, Raytheon was quietly awarded a $2 billion contract to develop the Long Range Stand Off (LRSO) weapon, a cruise missile to be used by the US Air Force, by 2027. The contract is part of a nuclear triad modernization push that’s estimated to cost $1.2 trillion over the next 30 years.