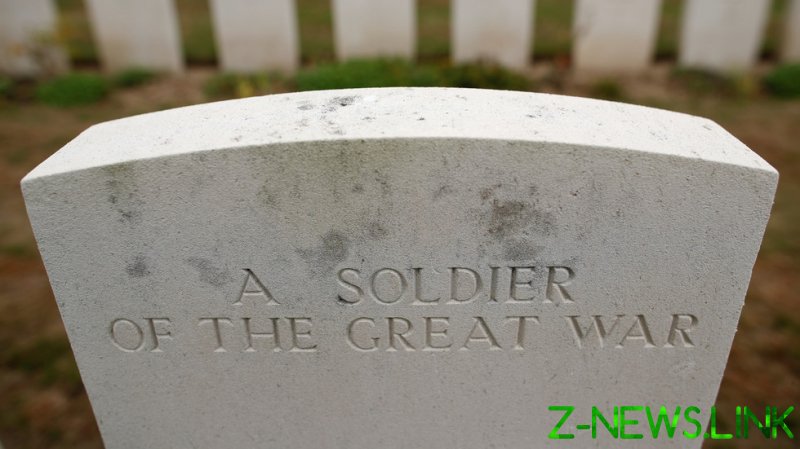 Following its own inquiry, the CWGC said on Thursday that “pervasive racism” and “contemporary imperial attitudes” had resulted in hundreds of thousands of soldiers from World War I not being memorialised by name, or at all.

In the House of Commons, Defence Secretary Ben Wallace later echoed that sentiment and tendered a formal apology on behalf of the government, promising to “make amends and take action.”

Terming it a “watershed moment” for the country, Labour MP David Lammy then asked whether the government would provide “appropriate resources” to properly honour the fallen soldiers.

“We use the word ‘whitewash’ for a reason. Let there be no more whitewashing. The unremembered will be remembered,” said Lammy, whose work on a 2019 documentary titled ‘Unremembered’ had been the impetus for the CWGC investigation.

On social media, however, the conversation quickly veered from an issue of restorative justice into more contemporary discussions on ‘structural racism’.

In a tweet congratulating Lammy, Labour MP for Liverpool Riverside Kim Johnson said, “Another day, another example of the structural racism that the discredited CRED (Commission on Race and Ethnic Disparities) report says doesn’t exist.”

A number of other users followed suit, linking the apology to the recent CRED report that found no evidence of “institutional racism” in the UK and suggested social and economic status were greater concerns.

“Could this be construed as an instance of “institutional racism” about which we have heard much recently. Genuinely quite perturbed, because the recent Ommission report indicated there was no IR in post-racial Britain,” one user said.

Another person asked Johnson to “explain how failure to commemorate soldiers 100+ years ago counts as evidence of structural racism in 2021?”

Several other users tweeted along similar lines. Some equated it to ‘race-baiting’ while another noted that the “context of the periods involved doesn’t seem to enter into the minds of WOKE pedants.”

However, many termed the CWGC apology a non-issue, contending that other concerns took precedence.

“I can only imagine how pleased local populations will be when they hear Britain is cutting humanitarian aid by half a billion pounds but sending in crack statue teams to chisel more names on memorials to colonial wars,” a user said.

The CWGC oversees the graves of over 1.7 million military personnel from the former British Empire who were killed in the two world wars.