Home / WORLD / Woke Hollywood is trying to boycott Johnny Depp, but he’ll never be canceled in the court of public opinion

Woke Hollywood is trying to boycott Johnny Depp, but he’ll never be canceled in the court of public opinion 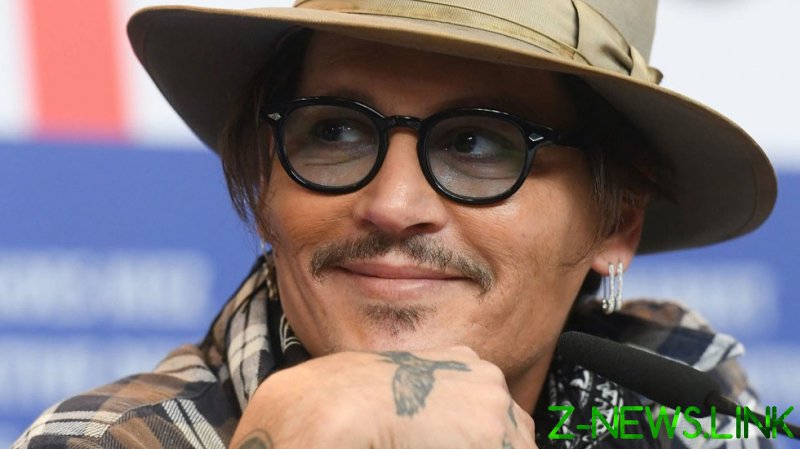 Listen, timid little Hollywood producers: we all know that you don’t actually have a Scooby Doo what films will work and what’ll flop, and that you basically hang on to your jobs by your manicured fingernails. Focus groups and test audiences with Hoboken housewives ain’t gonna save you. Neither will cocaine or Prozac. It’s a lottery, a gamble: place your bets and spin that wheel.

Short term is all there is. Big, established names are the safest bets. Attach a Brad Pitt or a Leonardo DiCaprio or a George Clooney, and you’re laughing all the way to the executive vice president’s chair. It almost doesn’t matter what’s in the script.

And Johnny Depp is one of the biggest cinema names there is. So, listen – absolutely 100% for sure – Depp will survive his dance with the cancel-culture mob. He just will. You execs at Hollywood studio MGM, grow some gonads. Show some wisdom. Face down the self-righteous woke mob, take a stand… and release Depp’s new film in the US.

Depp says Hollywood is ‘boycotting’ him and MGM is stalling over a US release date for his latest film ‘Minamata’ due to “an unpleasant and messy situation” over his split from his ex-wife. The movie’s director claims the studio is trying to bury it.

Every movie mogul knows that the world has to be divided into black and white, good and evil – and good must ALWAYS triumph in the end. There must ALWAYS be a happy ending, or those folks will walk back up the cinema aisles unhappy. There are no shades of grey in your average Hollywood blockbuster.

Now these behind-the-scenes Hollywood types have quite a dilemma on their hands with Depp.

He lost a court battle with The Sun newspaper, which had accused him of being a wife beater. Gnarly details emerged of his drunken behaviour with his now ex-wife, the otherwise fairly irrelevant actress Amber Heard. Depp, and most definitely his advisers, could see just how devastating those claims could be to his career if they stuck – hence the libel action, which they subsequently lost. To anyone who followed the case, it was clear that Depp and Heard had a volatile relationship, to say the least.

It was also telling that no other women came forward to say he had abused them. Depp, now 58, has been a Hollywood heart-throb since the mid-1980s, so there have been plenty of women in his orbit.

His long-term partner and mother of his two children Vanessa Paradis – as well as ex-girlfriend Winona Ryder – publicly supported him with written statements. “The idea that he is an incredibly violent person is the farthest thing from the Johnny I knew and loved. I cannot wrap my head around these accusations,” Ryder wrote. Paradis added that Heard’s accusations are “nothing like the true Johnny I have known, and from my personal experience of many years, I can say he was never violent or abusive to me.”

But just like Captain Jack Sparrow, his character in ‘Pirates of the Caribbean’, Depp has been riding one hell of a storm since that court case and those wife-beater claims put a mighty hole in the Black Pearl. He was immediately ‘asked to resign’ from his role as Grindelwald in ‘Fantastic Beasts 3’ after the outcome of the court case in November. And the storm is still raging and threatening to sink ‘Minamata’, at least in the US.

In an interview with the Sunday Times, Depp said of ‘Minamata’, a film about the victims of mercury poisoning in Japan, “We looked these people in the eyeballs and promised we would not be exploitative. That the film would be respectful. I believe that we’ve kept our end of the bargain, but those who came in later should also maintain theirs.

“Some films touch people,” he added. “And this affects those in Minamata and people who experience similar things. And for anything… For Hollywood’s boycott of me? One man, one actor in an unpleasant and messy situation, over the last number of years?” Depp trailed off, then added, “But, you know, I’m moving towards where I need to go to make all that… To bring things to light.”

‘Minamata’ is not popcorn like ‘Pirates of the Caribbean’ nor ‘Fantastic Beasts’. Depp plays photojournalist W. Eugene Smith. Smith was famous for his ‘photographic essays’ in Life magazine and visited the town of Minamata in 1970s Japan to photograph and document the effects of mercury poisoning caused by industrial pollution and corporate greed.

Anyone with a quarter of a brain can see the difference between Depp and, say, someone like movie mogul Harvey Weinstein. Weinstein was a serial predator and is now a convicted rapist, found guilty in a court of law.

Depp’s problems, it seems, are mainly in America: ‘Minamata’ has already been released in Europe and Asia.

Maybe he should just dodge Hollywood altogether and ply his trade outside the US, as he is also about to be honoured by the San Sebastian Film Festival in Spain and the Czech Republic’s Karlovy Vary International Film Festival. The latter says it plans to “recognise and pay tribute to the acclaimed actor’s extensive career and lasting legacy on the film industry globally,” while in San Sebastian Depp will receive an award for his “outstanding contributions to the film world.”

And the acrimony between Depp and his ex continues, with the actor accusing Heard of reneging on her promise to donate her divorce settlement to charity. The former lovers will face each other in a separate court case in the US in April.

So, Hollywood producers… what to do, what to do as you walk that career tightrope? It’s easy: grit your teeth and release the film. The shiny plastic Hollywood bubble you exist in with all those luvvy types and the fresh pressures brought by the irritatingly self-righteous woke generation don’t matter a damn five miles in any direction.

It’s the average Joe and Jane Blow who’ll go see Depp in pretty much anything. And if some people want to take a stand and think Depp is now ‘evil’? They can choose not to go see his new movie.