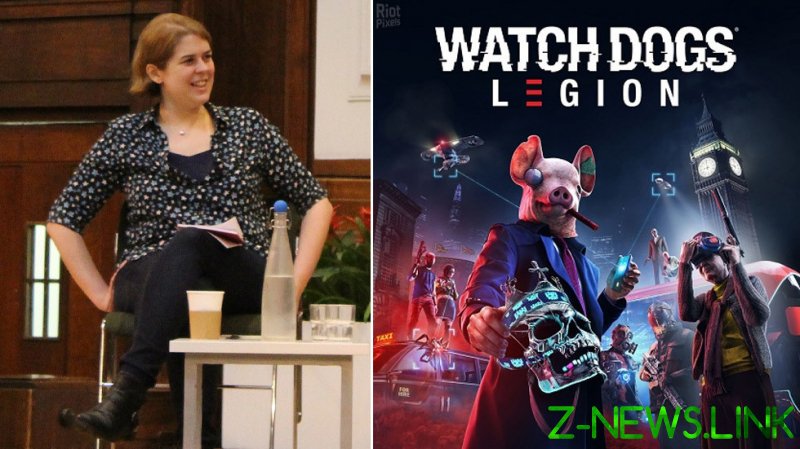 The controversy hit the new Ubisoft game shortly after its release late in October. The company said it was unaware of Lewis’s statements and vowed to replace the in-game podcasts voiced by the journalist shortly.

“Neither Ubisoft nor the game reflect this journalist’s viewpoints,” Ubisoft told the Kotaku video game website in an e-mailed statement, blaming Lewis’s involvement with the game on an “external producer” and promising to “reinforce [its] background checks” in the future.

“While the in-game podcasters are following a pre-approved script and are not speaking in their own name or with their own opinions, we understand this collaboration itself may be seen as offensive and we deeply regret any hurt this has caused,” it continued.

While the company did not specify exactly which statements had been deemed offensive, the online crowd was quick to unearth past remarks made by Lewis, who is currently a staff writer for the Atlantic.

A 2017 opinion piece in the Times, headlined ‘A man can’t just say he has turned into a woman’ garnered particular attention, and was deemed to be especially offensive. In the article, Lewis argued against gender self-identification, and criticized the UK’s plans to simplify the process of legal change of gender through that self-identification.

“Being a woman or a man is now entirely in your head. In this climate, who would challenge someone with a beard exposing their penis in a women’s changing room?” she wrote.

The journalist had also previously faced criticism for her views in the feminist press, gaining her the label ‘TERF, or ‘trans-exclusionary radical feminist’. The term was first applied to feminists who questioned whether trans women were ‘real’ women, but now seems to have widened to any woman who questions or criticizes gender theory or the trans movement.

Some online, including other voice actor who had appeared in the game, rallied in support of Lewis, arguing that she was entitled to her opinion and should not be hounded on the say-so of the Twitter mob.

Other targeted Ubisoft itself, criticizing the company for easily giving in to the online outrage – before it even got widespread – and accusing the company of simply pursuing profits above anything else.

The company’s desire to protect its profits is understandable, given all the hardships it endured recently in wake of multiple sex abuse scandals. Earlier this year, multiple Ubisoft top executives were either fired or had to step down after the company was hit with numerous allegations of sexual misconduct and workspace harassment. According to a recent anonymous survey within the company, 25 percent of its employees either experienced or witnessed such harassment.