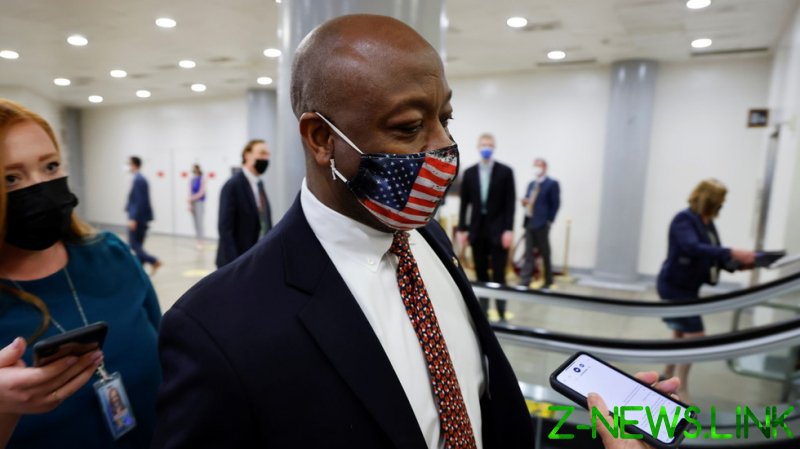 If my last article was anything to go by, I was quite impressed by Republican Senator Tim Scott’s rebuttal to Joe Biden. Scott came across as a man with a plan, and the knowledge to execute it. One element of his speech that he emphasized was the idea that America is not a racist country. He has stated that he had experienced racism before, but he was not going to label the entire nation that way just because of some bad experiences.

It seems the political left objected to that and, to prove Tim Scott wrong, they decided to be as racist as humanly possible without putting on white hoods. The first appalling thing that happened not long after the speech was the term ‘Uncle Tim’ trended on Twitter for 11 hours. This is a reference to the old accusation of a black man being an ‘Uncle Tom’, or in other words a race traitor. If you followed the hashtag, you saw quite a few woke white people calling him this. It’s a little weird for a bunch of white people to think that black people must vote a certain way to be part of their own race. More than weird in fact, it’s racist.

Then, on The View we saw Joy Behar (who is as white as rice on a paper plate in a snowstorm) lecture Senator Scott on systemic racism.

Aside from how desperate it looks to try to make the country you live in out to be a racist hell hole just to have a narrative, the optics are just bad. Here we have an over the hill white woman lecturing a successful black man on how racist the country that elected him into office is. Especially patronizing him by suggesting he wouldn’t know what systemic racism is. If she did this speech in a southern accent, you would think she was one of the more unpleasant characters from ‘To Kill a Mockingbird’. On top of this, she keeps using the term “systemic racism” but can’t name a single system that is intrinsically racist. I’m certain Senator Scott knows the definition of systemic, so I think he’s got one up on Mrs. Behar here.

Senator Scott himself also had a pretty good analysis the situation telling Fox News’ Sean Hannity: “The left has lost their mind today. It’s really saddening to see. What the left is doing is fighting bigotry with bigotry, and they’ve exposed their hypocrisy and their true motivation has nothing to do with ending prejudice and everything to do with claiming or getting more power.”

After I had penned my last article, I watched these events unfold and it all felt so surreal. It reminded me of an internet version of the scene in ‘Remember the Titans’ when the black students were entering the high school they will be sharing with the white students. What exactly do these people think it is when they attack someone solely on the color of their skin?

These sorts of people don’t seem to realize that by objecting to Tim Scott’s freedom to be part of a different political party, they object to the idea of self-determination for black people. These are the same objections someone like Strom Thurmond would applaud, if he was still alive.

I’m now convinced that if the woke in America want to find racists, all they have to do is look in a mirror.