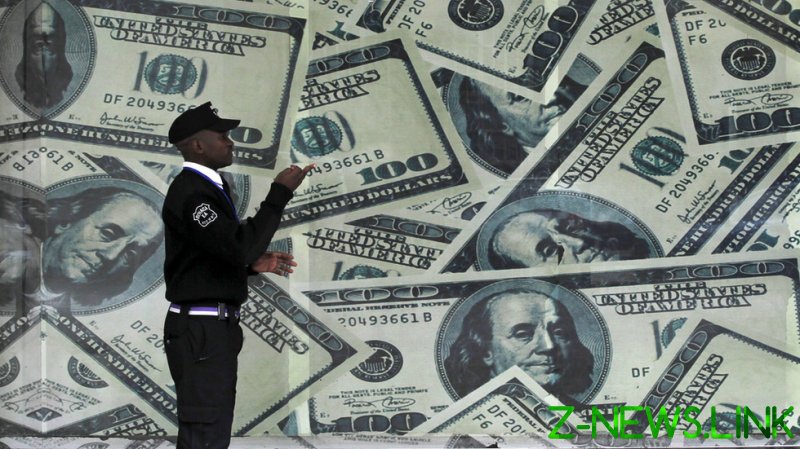 When a commentator writing for the American business magazine Forbes informs readers that woke capitalism is good for the profit margins, it becomes evident that capitalism has undergone a massive rebranding exercise.

In his article ‘A Free-Market Defense of Coca-Cola, Delta, And ‘Woke’ Capitalism’, columnist John Tamny counsels conservatives who are fed-up with being dumped on by Big Business to relax, since there’s a “good, capitalistic reason for corporations to play the political game.”

Advocacy of woke capitalism is the new normal in the world of finance and business. It is claimed that “wokeness is useful in motivating change.”

Others argue that embracing woke values endows companies with a useful image and provides them with moral authority. So, when Starbucks decided to close all its stores in the United States for a nationwide Racial-Bias Education Day in 2018, it was not only indoctrinating its 175,000 employees but developing its brand for wokeness.

Woke capitalists do not simply confine their activities to a branding exercise. They have taken it upon themselves to become serious political players whose project is to change public attitudes.

Katherine Davidson, a portfolio manager at Schroders, justifies woke capitalism’s embracing of politics on the grounds that it is simply responding to what the public wants. She argues that “people are increasingly looking to corporates to step up and lead us not just out of the coronavirus crisis, but also to address wider societal problems.”

Adopting the nauseating and self-serving language of wokeness, Davidson explains that “we have long believed” that “this behaviour will ultimately be in the best interests of stakeholders thanks to what we describe as ‘corporate karma’.” Apparently, companies that are seen to be “doing the right thing” outperform those that are just in the business of doing business.

And what exactly does the cuddly term ‘corporate karma’ actually mean? According to Davidson, “the symbiotic relationship between a company and its stakeholders implies a notion of ‘corporate karma’ that can help a socially responsible business thrive in the long term.”

But there is nothing cuddly about woke capitalism.

The CEOs of more than 120 American companies gathered on April 10 for a Zoom call to discuss and organise an aggressive campaign to defeat Republican Party-inspired state voting laws. They discussed taking actions such as pulling their donations or refusing to move business or jobs to states that passed the Republicans’ voting laws. Several of the speakers suggested that their intervention was critical to ensure the future of democracy.

The Zoom meeting of the capitalist oligarchs almost immediately forced many of their peers to declare that they too possessed ‘corporate karma’ and were willing to sign up to their campaign. Leaders of more than 300 of the most powerful corporations, joined by high-profile celebrities and members of the cultural elites, signed a statement that was published as a full-page ad in the New York Times.

The usual suspects Amazon, BlackRock, Google, and Warren Buffett were among the signatories swearing their commitment to social justice.

As is well known, capitalist companies compete with one another for a bigger share of the market. Now they also compete to gain the maximum exposure for their woke credentials. All it took was for a Nike public relations campaign to respond to the protests in the wake of the murder of George Floyd by tweeting with white letters on a black background, “Let’s all be part of change,” before numerous other brands piled in with the same message. As one cynical commentator observed, “suddenly our social feeds were black and white and branded.”

Woke companies also attempt to get an edge on competitors by developing and monopolising their very own niche in the woke identity market. Gillette’s campaign against ‘toxic masculinity’ is paradigmatic in this respect.

So is ice-cream maker Ben and Jerry’s’ call for taking the radical measure of defunding the police. When Ben and Jerry’s declares that the “system can’t be reformed” and it “must be dismantled and a real system of public safety rebuilt from the ground up,” it becomes evident that it has decided that its mission is not only to sell ice cream but to transform the world in its image.

Even at the best of times, big business was not a friend of democracy. However, the capitalist class kept to a division of labour between itself and the political class. Capitalists were in the business of making money and not moralising about how the public should behave and think. Now they have invaded political life and insist that their views, rather than those of elected politicians and the people, should prevail.

Curbing the political power of these sanctimonious authoritarian corporations is one of the most important challenges facing those of us committed to the cause of democracy.