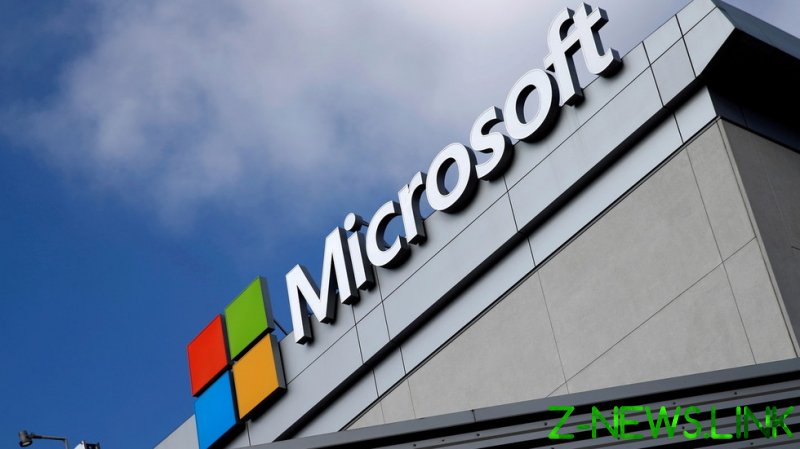 The virtual event that ran between Tuesday and Thursday had more than 200,000 attendees across the world and featured speakers from CEO Satya Nadella to project and marketing managers speaking about Microsoft’s plans for the future.

Before any of that could happen, however, senior program manager Allison Weins had a ritual to perform.

“We need to acknowledge that the land where the Microsoft campus is situated was is traditionally occupied by the Sammamish, Duwamish, Snoqualmie, Suquamish, Muckleshoot, Snohomish, Tulalip, and other coast Salish people since time immemorial,” Weins said, “a people who are still continuing to honor and bring to light their amazing heritage.”

Weins then described herself as an “Asian and white female with dark brown hair wearing a red sleeveless top,” with her colleague Seth Juarez adding he was “a tall hispanic male wearing a blue shirt and khaki pants.”

Digital entrepreneur Balaji Srinivasan shared a clip of their opening remarks on Thursday, describing it as “woke capital incarnate.” He followed it with another short video, featuring two more Microsoft employees – Natalia Godyla and Nic Fillingham – introducing themselves in a similar fashion.

“I’m a Caucasian man with glasses and a beard. I go by he/him and I’m a security evangelist,” Fillingham said.

Atlantic editor Yascha Mounk initially reacted to the video by saying it was “mind-boggling” that “some genuinely well-intentioned people genuinely seem to think that this sort of thing constitutes progress towards a better society.”

He then reached out to Fillingham and was told that the introductions were “a new approach that we’re trying to assist with greater accessibility,” and were intended “for the benefit of the visually impaired.”

“I would love to hear from visually impaired folks as to whether they appreciated these visual descriptions for each speaker. I think I can safely say this was an experiment to see if it aided with accessibility,” Fillingham tweeted in response.

As it turns out, the November event was not the first time Microsoft has done this. The land acknowledgment statement opened a company event at the Redmond, Washington headquarters back in July, according to Geekwire.

A Microsoft spokesman told the outlet that the practice was first introduced in March this year, as other businesses and institutions in the Seattle area began to do the same. Speakers at that event also gave their visual descriptions and pronouns.

CEO Satya Nadella, however, did not bother with the pronouns or descriptions, instead delivering a 30-minute keynote about the future of business.